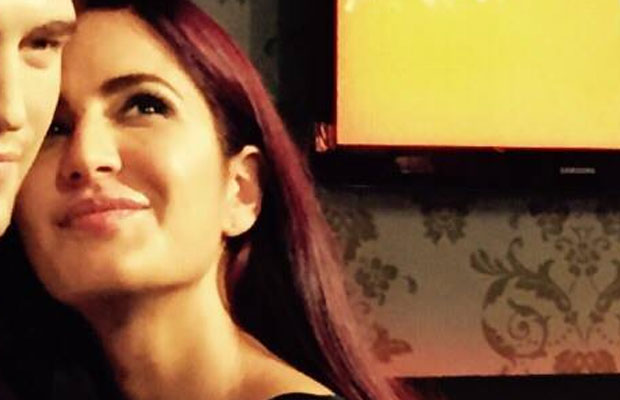 There would be thousand across the country who would kill and die to have beauty goddess Katrina Kaif in their arms once. However, there’s somebody else who Katrina seems to be head over heels in love with. The actress is known to be crushing over this boy since a long time; however she went all out today to express her love for her dream boy.

The 33-year-old actress, who recently made a Facebook debut on her birthday, posted a picture on the social networking site of herself with the love of her life.

And the boy is none other than, British-born actor, Robert Pattinson.

Robert, who has acted in Harry Potter and the Goblet of Fire rose to fame when the essayed the role of Edward Cullen in the visual adaption of the Twilight novels written by Stephanie Meyer.

The actor who’s a heartthrob of girls worldwide has apparently won our Katrina’s heart for a long time now.

The picture posted by the Robert holding Kat in his arms with Kat resting her head on his shoulders. The pair looks truly adorable and the pair cannot be called anything less than perfect.

Katrina captioned the image saying, “How do we look together? In my own little Twilight zone…” 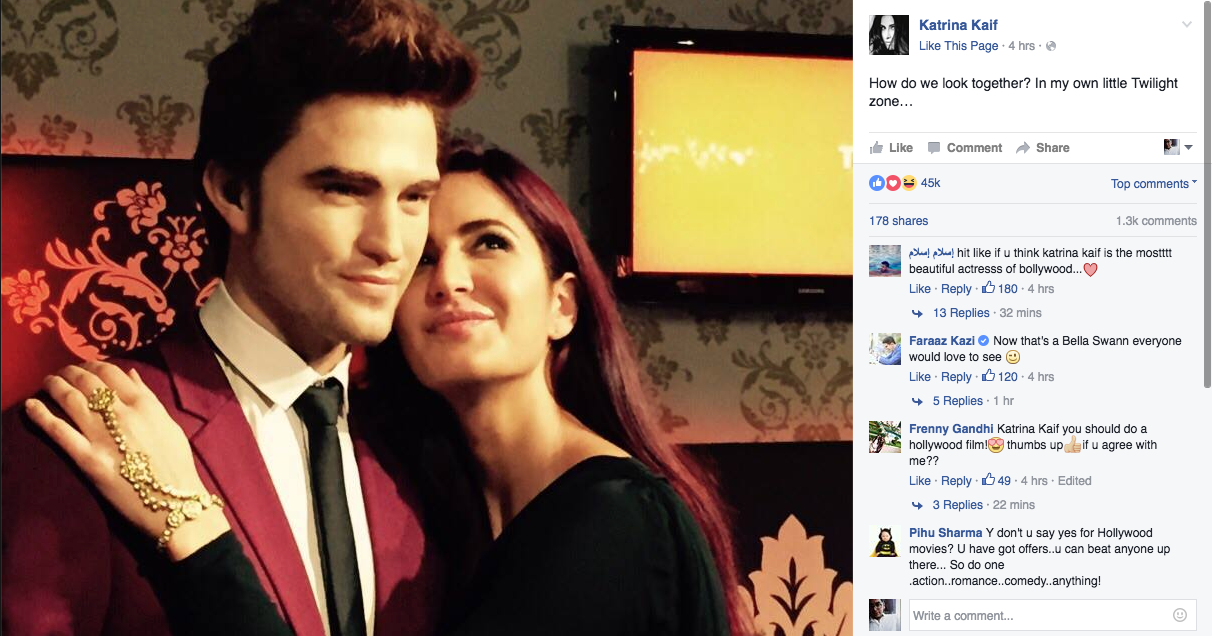 Kat is so much so smitten by Robert that while speaking to a leading news daily a few years back, she had said, “I went and bought all the four books Twilight, New Moon, Eclipse and Breaking Dawn. I couldn’t put them down. I’ve been racing through the adventures of the hottest vampire Edward Cullen for the last one week. I finished reading three of the Twilight books in less than four days. Now I’m into the fourth. I just can’t get enough of him.”

She even added, “”You don’t understand. This is like an obsession for me. I can’t get Robert Pattinson out of my head. I see the love of my life in every object that moves or doesn’t move. I’ve never felt this way about any man before.”

Well, the image has indeed made us fall in love with it and we can barely wait to see Katrina in an adaption of the Twilight saga now!