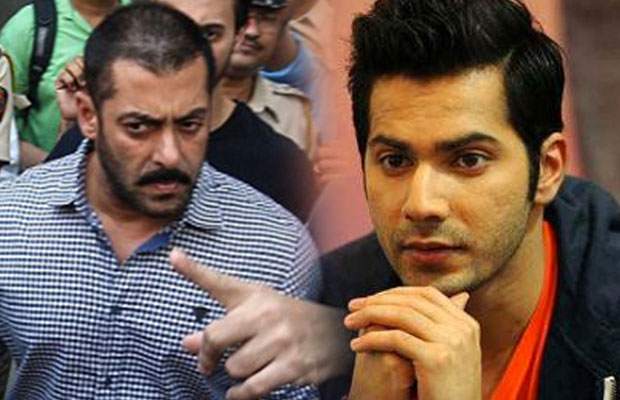 Youth icon Varun Dhawan, who shares family ties with superstar Salman Khan barely ever comments over issues concerning the latter. The actor has kept mum earlier when he was asked to comment over the star’s ‘raped woman’ controversy and also didn’t speak anything solid about Salman Khan’s marriage date getting fixed when asked about it during his promotions for Dishoom.

However, this time, Varun didn’t hold back his words when asked about the Rajasthan High Court’s decision on Salman’s acquittal in the Chinkara poaching case. Varun said that the high court’s decision should be looked up to and respected.

Varun shares a very close bond with the superstar which date back to the times when Salman had worked with Varun’s father David Dhawan in multiple films. In fact, speculations state that Varun will also portray Salman’s role in the remake of the iconic movie Judwaa.

While Varun went out to speak to the issue, it was his Dishoom co-star Jacqueline Fernandez decided to stay mum on the issue.

However, Jacqueline expressed her excitement over the completion of two years of her movie Kick on Monday, in which she starred opposite the superstar.

“Yes, I know. I think that’s very exciting,” she said.

After 18 years of the case running in the Courts, Justice Nirmaljit Kaur of the Rajasthan High Court, acquitted Salman free from all the charges on Monday. The judge not only acquitted the star, he also dismissed the Rajasthan State Government’s appeal to enhance the sentences.

Salman Khan was handed by a subordinate court a verdict that required him to serve a one and a five years term in two separate poaching cases in 2006. The actor and the State Government had then approached the Jodhpur bench of the High Court to reconsider the subordinate court’s decision on various grounds.