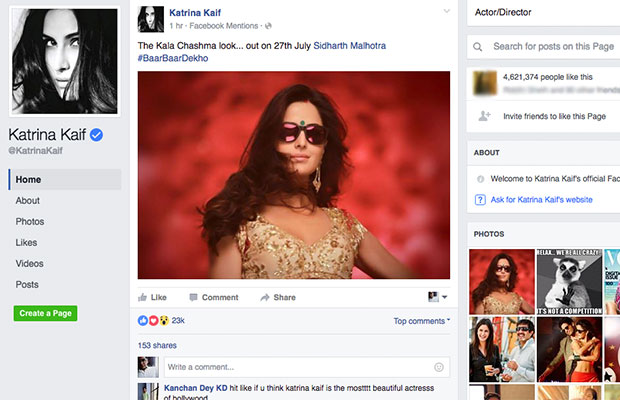 Unlike other actors, Bollywood actress Katrina Kaif chose to stay away from social networking sites. On her 33rd birthday on July 16, Katrina Kaif broke self-made norms and marked her social media debut with a cute video by logging on to Facebook. Well, the Bang Bang actress has joined the bandwagon of actors who can now connect with her fans through Facebook like other stars.

The star’s foremost post on the social media was a video of herself that she shared on her birthday. In the video, the actress was seen introducing herself and asked everyone to be nice to her. Well, since then Katrina has been active on Facebook and has been gaining many new fans. The diva has also seen sharing her videos and pictures.

Here is a collage picture of her when she made her first debut on social media. The actress captioned it as, “Happy first day on Facebook.” 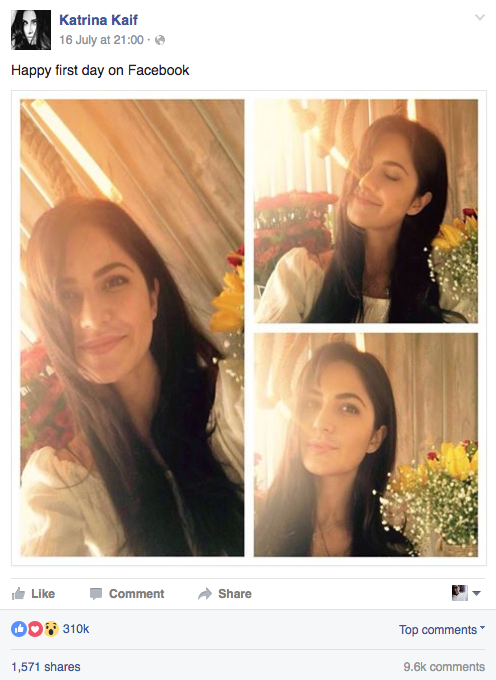 Here’s another picture of her with a beautiful caption, “Lost at sea… Sometimes being lost is the best place to be…” 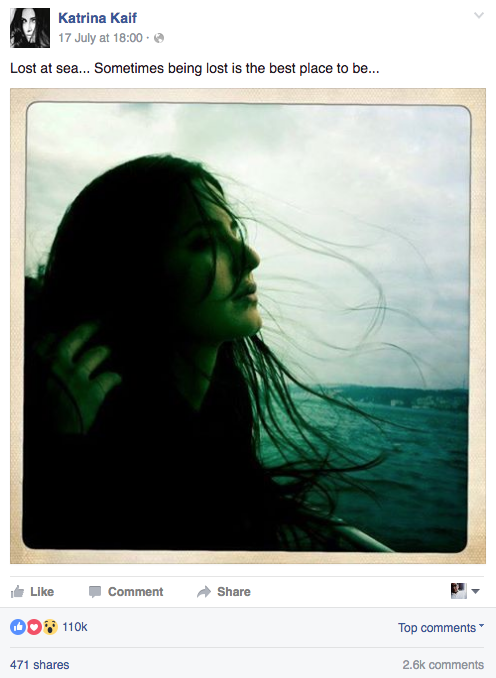 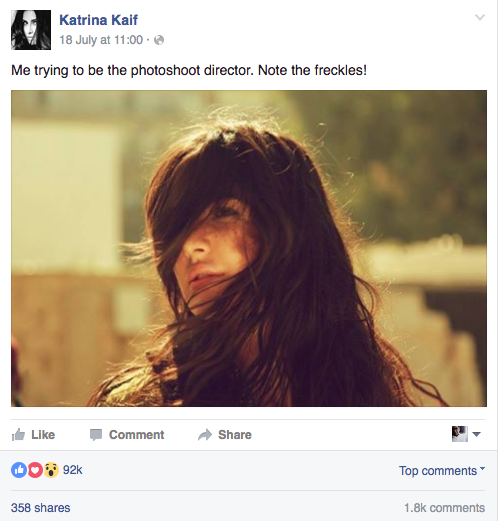 Katrina Kaif is very positive yet hardworking actress of Bollywood. The actress believes in flying high in life at professional as well as personal level and this video is a proof of it.

Behind the scenes picture and she looks stunning! 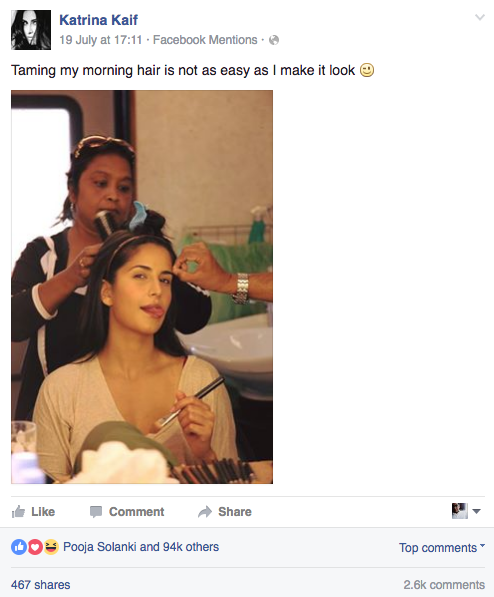 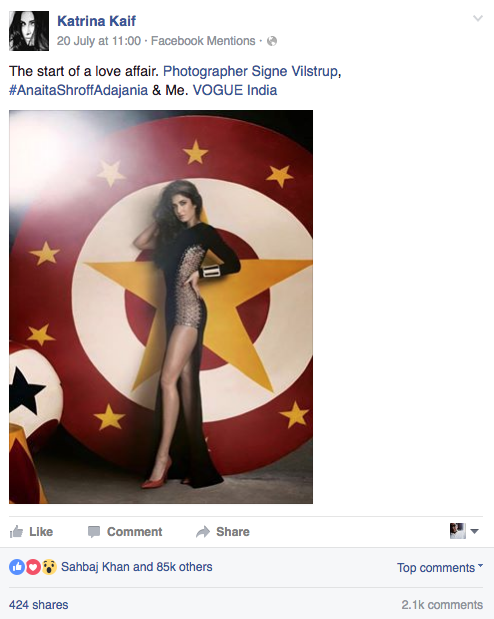 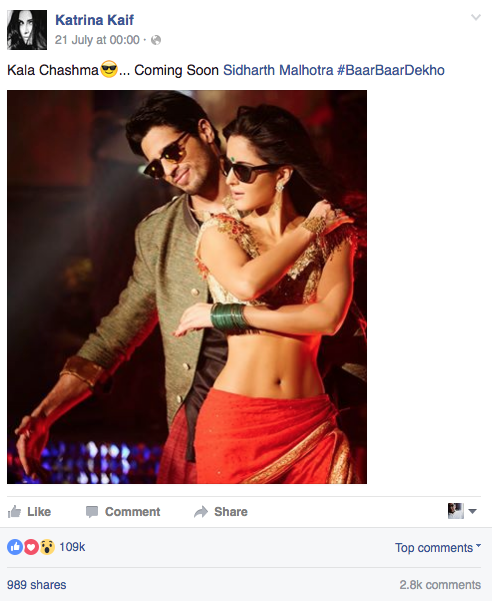 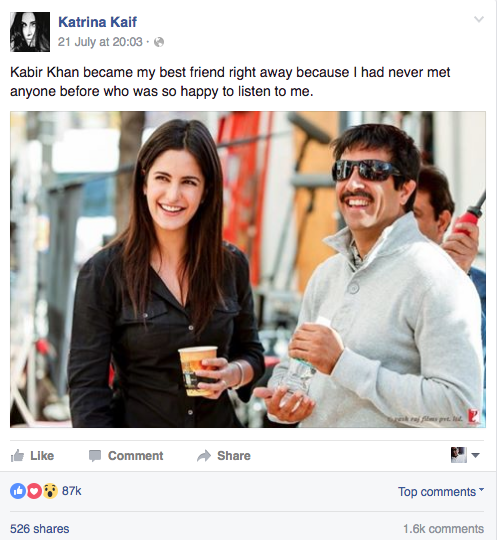 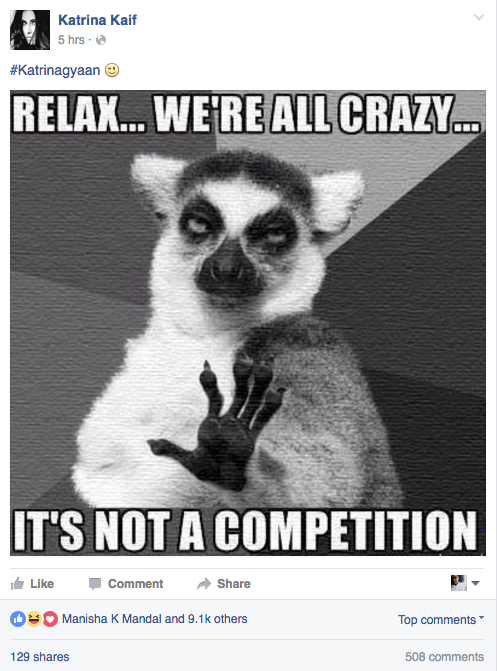