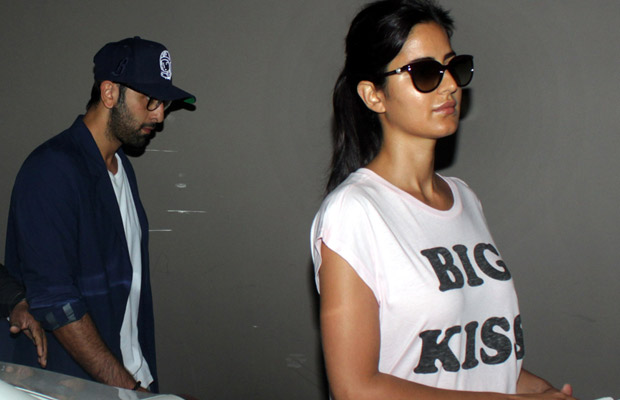 [tps_footer]A few days ago in a TV interview, Ranbir Kapoor openly spoke about his breakup with Katrina Kaif. Both the actors kept a dignified silence for many months after their breakup. Well, Ranbir who usually calls himself a private person didn’t shy away from spilling beans about his personal life. When the Tamasha actor gave this interview, people were waiting what say Katrina has on his statements.

In the interview, he called her one of the motivational factors in life. So, what thoughts Katrina has on his views is what people were eager to know. Well, in an interview, the actress finally talked about Ranbir‘s interview. When Kat was asked what she thinks about speculations over her personal life, she stated that at this point, it is going to be a never ending topic.

On Ranbir‘s interview, the Bang Bang actress said that he would say something, then she would respond to it and then people will ask her and then the third person. It is something that will go on and then there will be no end to it. She quoted that the only thing that she can do very honestly and sincerely from her heart is just requesting everyone that it is time to move on from the question.

She also added that she understands and really appreciates where they are coming from. If there’s anything to be said then it should be said between the two people to whom the matter concerns. The actress concluded that with all the gratitude, love and respect for everyone, she really does feel that it comes from a good place, but she would like to request that people now move on from this question.

On the professional front, the actress is all geared up for her upcoming release, Baar Baar Dekho, starring Sidharth Malhotra. Sid and Kat look very sizzling in the trailer. Directed by Nitya Mehra, the film will release on September 9.