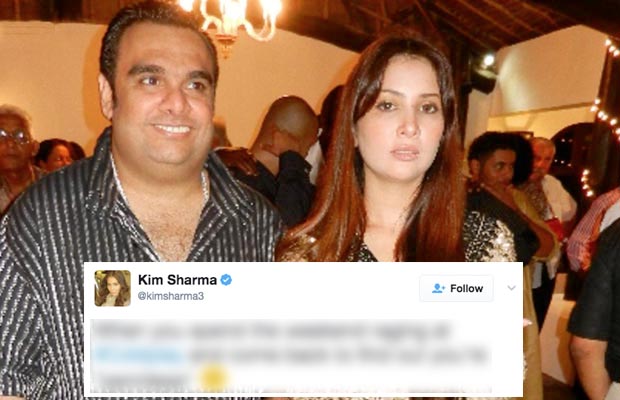 Bollywood actress Kim Sharma is back in the news. As reported earlier, the actress is making headlines for reports, which claim that, her husband, Kenyan business tycoon Ali Punjani dumped her for another woman and that she was ‘penniless’ after the split. The reports were also doing rounds that the actress has changed her name is planning to start her career as a brand strategist.

Kim Sharma finally breaks her silence over being dumped by her husband and turning “penniless” after the split. She took to twitter and made fun of the rumoured reports. She shared a confused picture of her and captioned it as, ‘When you spend the weekend raging at #Coldplay and come back to find out you’re “penniless.” 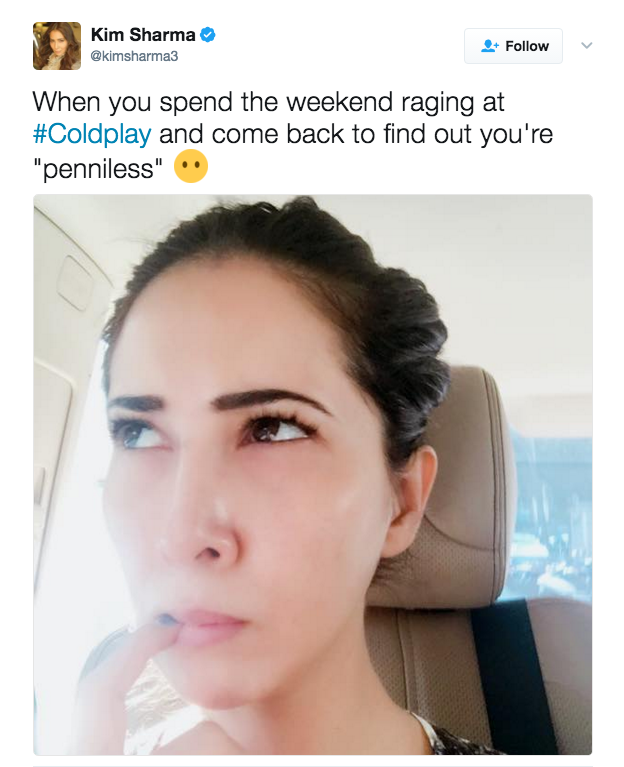 The actress then added saying that she could not understand the groundbreaking details everyone knew about.

Well, it’s not clear if Kim Sharma is facing problems in her marriage but her recent tweet makes it clear that she is not “penniless”.