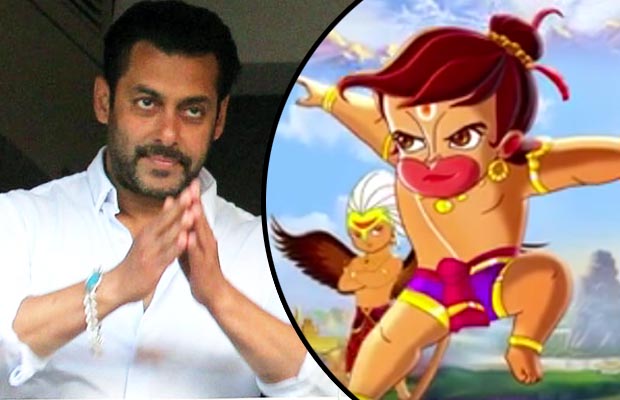 Bollywood actor Salman Khan as we all know is fond of kids and is immensely popular among them. Not only adults, even little kids have turned to be Salman’s huge fans after his blockbuster film Bajrangi Bhaijaan. Well, Salman who played Hanuman bhakta in Bajrangi Bhaijaan, has not lent his voice for an animated feature film Hanuman Da Damdaar.

We all know Salman Khan is very much fond of kids and as per our sources, the actor was very much excited to be the voice of Bajrangbali in a children’s film. Reportedly, the Being Human star gave the nod as soon as he was approached because he was very much impressed with the title. He also invests his time into something new and this time he has done dubbing for an animated film.

Others who have lent voice for the film are Raveena Tandon, Kunal Kemmu, Vinay Pathak, Javed Akhtar, Saurabh Shukla and Makarand Despande. Directed by Ruchi Narain, this will be the second animated film on Bajrangbali after Anurag Kashyap’s Return of Hanuman. The animated film will be total fiction and based on mythology.