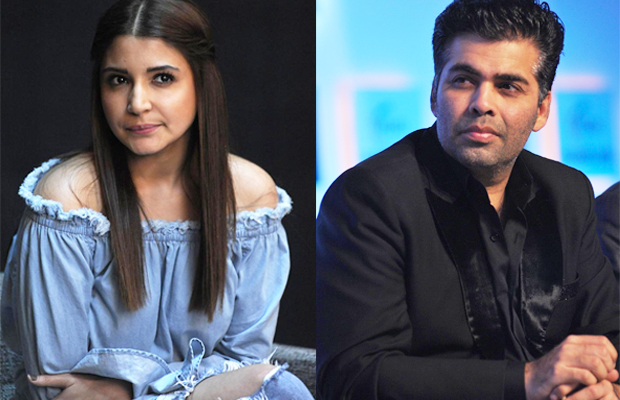 Koffee with Karan this season is spicy, sensational and controversial. Recently having a chat with Karan, Jab Tak Hai Jaan ladies Anushka Sharma and Katrina Kaif came to the show and made it a fun ride for the host Karan. While the conversation was going on, Anushka Sharma made an explosive statement at the show saying that Karan Johar would touch her inappropriately. The entire talk began when Karan Johar said that he had a little crush on Anushka right through the making of Ae Dil Hai Mushkil.

Anushka Sharma then said that she was going to file a s*xual harassment case against the director. The statement also made Katrina a bit furious as to why she said that and after that the actress added that even she was inappropriately touched by Karan Johar.

Karan Johar said that it was just him being tactile and it was all just having fun. Katrina tried to divert the conversation differently when Anushka Sharma cut her.

Anushka said that even the Dishoom girl Jacqueline made a complain against the actor regarding the same at Manish Malhotra’s birthday bash recently.

Katrina then said that she would like to postpone the legal matter for another day because she loves the two and doesn’t want anything bad to happen to the friends.

Well! the way the three spoke and had fun clearly showed how they were pulling each other’s legs.

Let’s see what the actors and friends have to say about the talks hereafter.