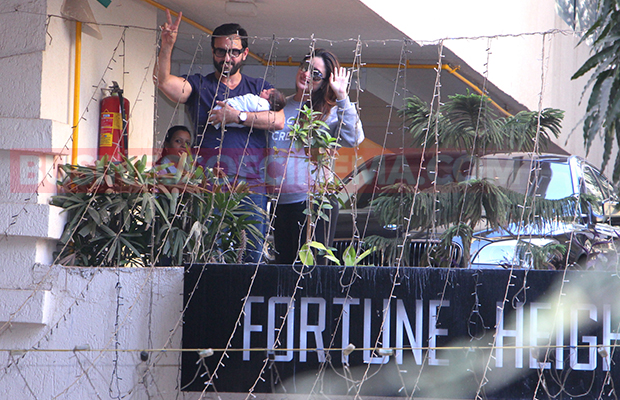 Saif Ali Khan is on a paternity leave till mid January ever since his son Taimur Ali Khan Pataudi was born. After he resumes work, Saif doesn’t want to leave his family. So here’s what he is going to do.

Apparently, Saif Ali Khan who is supposed to complete the final schedule of his upcoming flick ‘Chef’ in Europe, has decided to take Kareena and Taimur along for the shoot. Seems he wants to spend as much time with his family, at least the first few months. So this will be Taimur’s first vacation. But neither Kareena nor Saif have yet confirmed the news.

“Chef” is based on a professional chef, who quits his job at a popular Los Angeles restaurant after refusing to compromise his creative integrity to its controlling owner, and launches a food truck with his friend and son.

“Chef”, a 2014 film, was written, produced and directed by Jon Favreau, who also featured as the protagonist in it.

“I’m delighted to see ‘Chef’ get an Indian remake. I’m excited to see how this personal film translates to the Indian culture. The themes of food, music and family should resonate well,” Favreau said in a statement.

The film has been already shot across Kerala, Goa, Delhi and Amritsar, and the last leg of the film will be filmed in Europe.