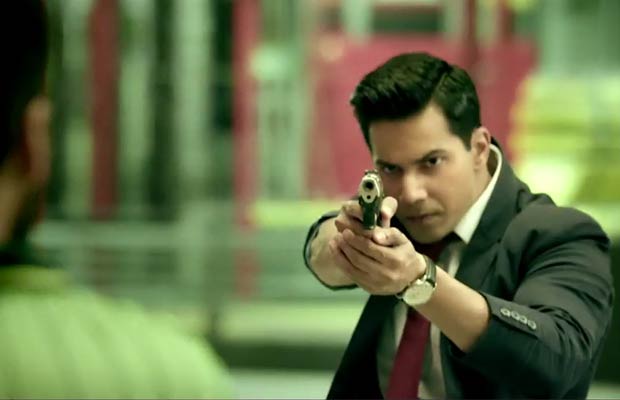 [tps_footer]We have seen Varun Dhawan play different kinds of roles in his films earlier. He has ventured in films across genres like romance, thriller, dance, comedy etc. rather brilliantly.

Dishoom, which also stars John Abraham and Jacqueline Fernandez is a buddy cop film and it comes under the action – adventure genre of films.

We have seen John Abraham showcase his breathtaking action skills in his earlier films but this is a first for Varun Dhawan who was super excited about this opportunity.

People who have seen the rushes of the film are all praise for Varun Dhawan‘s performance.

Audiences will get a glimpse of the same in the trailer of the film which is scheduled to be launched on 1st June 2016.