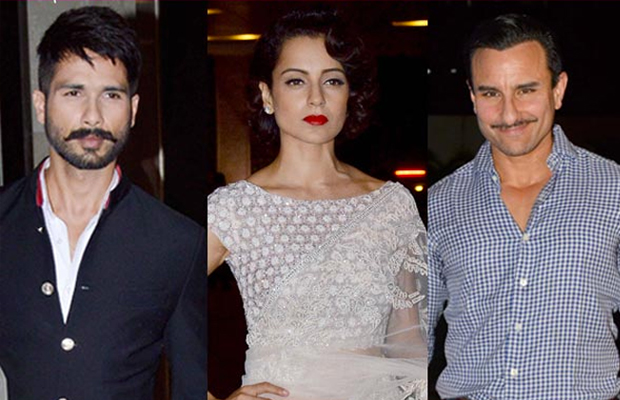 Well! Now this is something you really gotta know. Sources reveal that the shoot of Koffee with Karan is on it’s last steps and very few episodes are left. Now, what’s interesting is that Kangana Ranaut is set to make her appearance on the couch. But who is it?

Well! It’s been a news that she will be accompanied by Saif Ali Khan who is her co-star in Rangoon with Shahid Kapoor. Firstly, this was the most unexpected pair to be seen on screens. That turned out to be a bigger surprise when the two mingled for an offscreen appearance. Now that’s quite interesting for the fans and viewers.

Rangoon has already anticipated the fans enough and now this move will surely be something grand in terms of newsmaking.

When Kangana was asked about her appearances and promotional activities, she said, “Well, I am not sure. I have a very busy schedule.”

So it seems that the Queen actress managed to adjust with her timings when it comes to the Koffee couch. The two actors will be promoting Rangoon and the episode will be aired before that. Earlier, Shahid had made his appearance on the show with wife Mira Rajput.

Or what could be the reason for Shahid not giving another appearance?

Well! Till then let’s wait to have Kangana Ranaut and Saif Ali Khan together and see how they interact and behave offscreen.