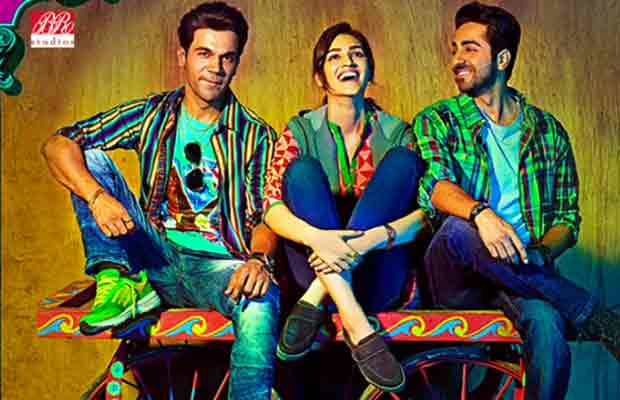 Kriti Sanon who was last seen in ‘Bareilly Ki Barfi’ gives a shoutout to the film team.

Bareilly Ki Barfi which had gone ahead to become one of 2017’s sleeper hits has been garnering immense love and appreciation from all the quarters.

The film was nominated for one of the prominent award show and Kriti Sanon took to her social media showing her excitement. Even though Kriti was not present at the event she gave a shout out to her team.

Kriti Sanon tweeted saying, “Wooohhhhooo!!! So so so happyyy!! Wish i was there to cheer for you all and for my BKB team!!! So much love this film has got.. just Barfilicious!  ️ ️ congrats @Ashwinyiyer @niteshtiwari22 Sherry and Laxmi! ? ?”. 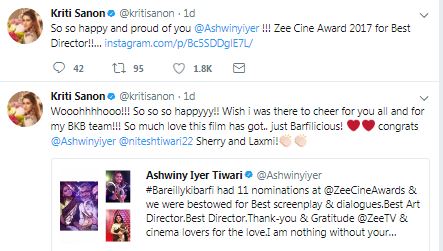 Kriti not only showed her excitement but also wished Ashwiny Iyer Tiwari for winning the best director award for  ‘Bareilly Ki Barfi’.

Kriti Sanon who is known to bedirector’s actor wished Ashwiny sharing, “So so happy and proud of you @Ashwinyiyer !!! Zee Cine Award 2017 for Best Director!!”

It was a celebratory moment for Kriti and the entire cast of Bareilly ki Barif for the win.