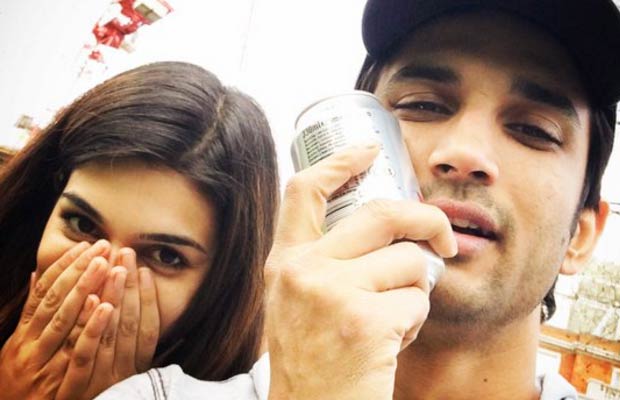 [tps_footer]Till now we were only getting the lovey-dovey chemistry news between Sushant Singh Rajput and his Raabta co-star Kriti Sanon. Many have even speculated that Sushant’s closeness with Kriti has created the distances between Sushant and his ex-flame Ankita Lokhande but nothing is confirmed yet. But this shocking news of Kriti Sanon throwing a big punch at Sushant’s sweet face is true. Ouch !

We wonder what exactly must have happened that Kriti Sanon showed this kind of Heroinepanti on the sets Raabta. She still has the hangover of working with Tiger Shroff in Heropanti or Sushant didn’t something bad to Kriti that caused him so much of pain that he had to use ice can to heal that swelling on his cheek. Check out this pic, Sushant said he is ready for round 2. 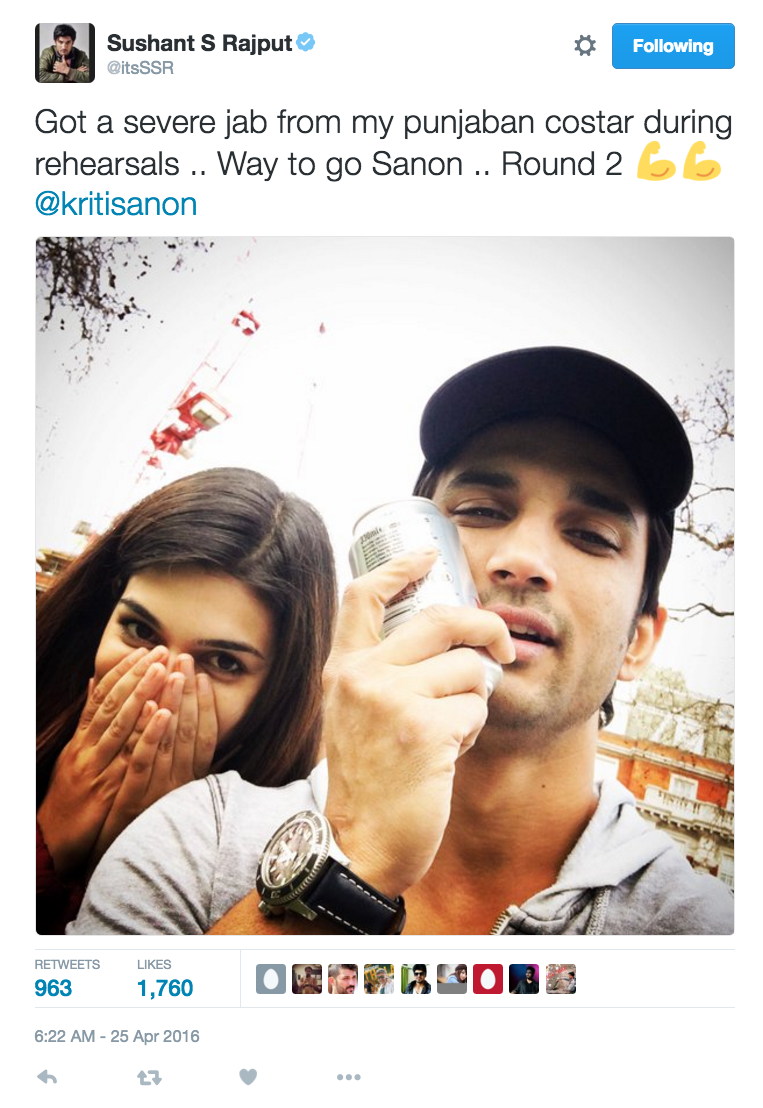 Sushant said they were rehearsing when Kriti accidently punched him. What a dangerous and painful rehearsal for Sushant ! Moving on, Raabta is set to release next year February 12 but every move made by Kriti and Sushant is making headlines. Born to be stars ! And, they actually look cute together, isn’t it ?[/tps_footer]