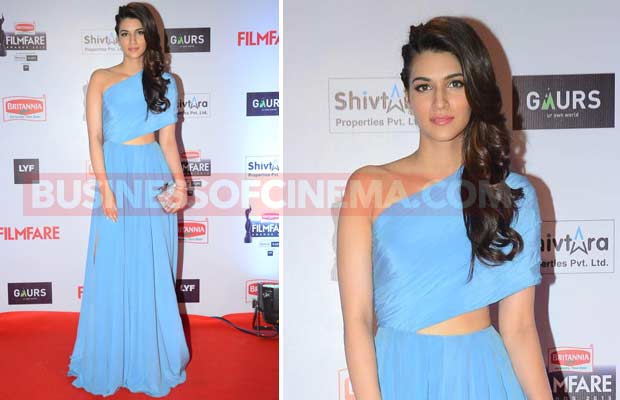 Kriti Sanon has been busy shooting for her two upcoming films, ‘Raabta’ and ‘Bareilly Ki Barfi’. The ’Heropanti’ actress is all set to show her versatile side to Indian cinema.

The actress has been dedicatedly working very hard on both her characters and has been shooting day in and day out. Her two and a half month shoot for ‘Raabta’ in Budapest was challenging indeed due to extremely cold weather conditions especially when her character demanded her to wear summer clothes!

A similarly opposite scenario took place during the one and a half month shoot for ‘Bareilly Ki Barfi’ in Lucknow, where the weather was extremely hot and humid and she had to adorn winter clothes! Traveling between two diverse places and adapting to both the cultures has been challenging yet exciting for the actress.

Kriti Sanon shares, “Both Raabta and Bareilly Ki Barfi are completely different worlds altogether. It was a lot of fun to shoot in Budapest and then going to Lucknow. Both the schedules were long so I got a lot of time to soak in their respective cultures, observe and learn.”