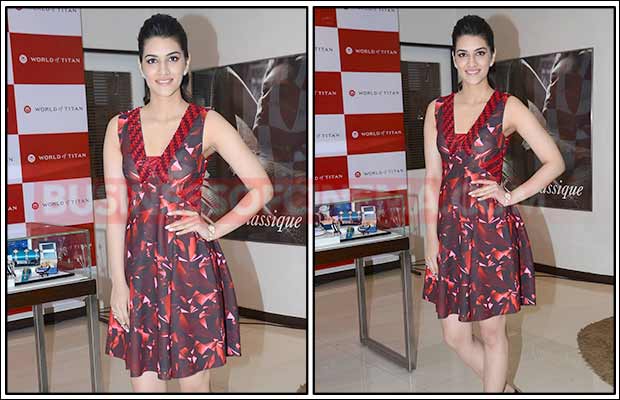 [tps_footer]Kriti Sanon seems to be the outsider making it big in Bollywood. She is the only outsider among the younger lot of actresses.

Model turned actress Kriti Sanon made her big Bollywood debut opposite Tiger Shroff in Heropanti. Following which the actress starred in Rohit Shetty’s Dilwale. It has been a moment of dream come true for the actress to be sharing the screen space with King Khan only in her second project. Like SRK and a couple of other celebrities in the industry, the actress hails from Delhi and is an absolute outsider for the film industry. Kriti’s on screen chemistry with Varun has also become another talking point amongst the audiences.

Now we also learn that the actress will be occupied for her next project opposite Sushant Singh Rajput, a directorial debut of Dinesh Vijan. This would yet again mark a fresh pairing which the audiences are excited to see!

Kriti who will be bringing in new years with her family back in Delhi will soon start preparing for her character in her next. The actress also recently celebrated christmas with her building kids, turned into a prefect santa clause as she also distributed the goodies of her recently released film.

The actress is also in demand in the brand world, she is currently endorsing a leading hair oil & and Gillette brand.[/tps_footer]