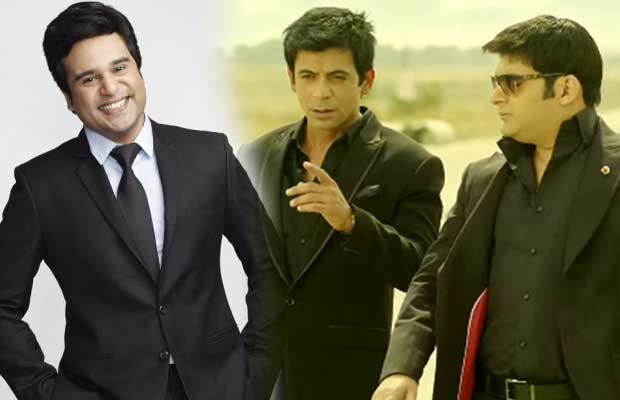 Kapil Sharma and Sunil Grover’s ugly fight is getting worse with each passing day. Kapil Sharma publicly apologized to Sunil. However, Sunil Grover is in no mood to forgive and has given his piece of mind to the comedian star. Sunil in his reply advised Kapil to respect people and stop acting like a GOD.

In an interview with Pinkvilla.com, Krushna at first spoke about his rivalry with Kapil. He said, “I have never had any issues with Kapil. Kapil respects me a lot and I respect him too. We must have had minor issues but we have never disrespected each other. I have never come across Kapil disrespecting me anytime. He never mixes up personal and professional issues. I don’t know why people are talking ill about him.”

Further, when he was asked to comment on Sunil Grover quitting the show, he said, “Koi baat nahi! It maybe that Kapil and I work together soon!”

Did Krushna hint that he is replacing Sunil Grover on the show? Or is Krushna indirectly asking Kapil Sharma to get him on board for the show in replacement of Sunil Grover? Time will tell!