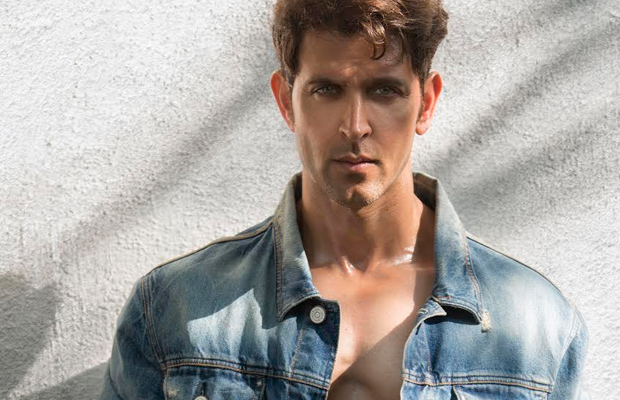 Hrithik Roshan, who played a visually impaired man, Rohan Bhatnagar on the silver screen in his recently released film, Kaabil, received a handwritten letter from a boy whose actual name is Rohan Bhatnagar.

He is a college student from Ranchi and he has written a letter to express his gratitude to Hrithik for having made such a common name which he always wanted to change, so special with such a loved performance in Kaabil.

This handwritten letter came to Hrithik’s film office and he was overwhelmed with the content which is as follows:

Let me clarify that i am not your fan. I see hindi movies regularly and so do my family and friends. But this letter, if it ever reaches to you, is to thank you for something that you have unknowingly done for me.

Since childhood i wished that my name was something else and not just a Rohan Bhatnagar. the fact that its too commonplace was shared by almost everyone around me except for my parents who could hardly care about this feeling of mine.My special friend who loves me a lot and vice versa also once admitted that my name is boring. My friends usually call me Bhatnagar and i always wished that stopped doing that.

But since this January things have changed. Whenever my full name is being called there are smiles on peoples faces. And yes my special friend too now seems to like it. its become something special about me that i am called Rohan Bhatnagar, name of the character that you played in Kaabil.

Everyone around me has loved this charcater and a part of that love is coming my way too.

Thanks for making my name special.

Hrithik Roshan receives a lot of appreciative letters but this particular letter did not just catch his attention but it is something which will remain with him forever.

When asked Hrithik about it, he shared, “I am realising the significance of playing Rohan Bhatnagar well after the release of the film. There is so much of love that this character seems to have generated. Everyday I discover something more about its effect. I am also glad that people are making effort and reaching out to me in this manner.”

He further adds, “As an actor we play a character and we ourselves don’t know in what possible ways it will connect with people. I couldn’t have thought of something like this. When our work lives amidst people and touches their lives in some manner, it is a matter of great satisfaction for an actor or for that matter for any creative person.”

Hrithik’s performance in Kaabil has been universally applauded and it also played a major part in the film’s success.