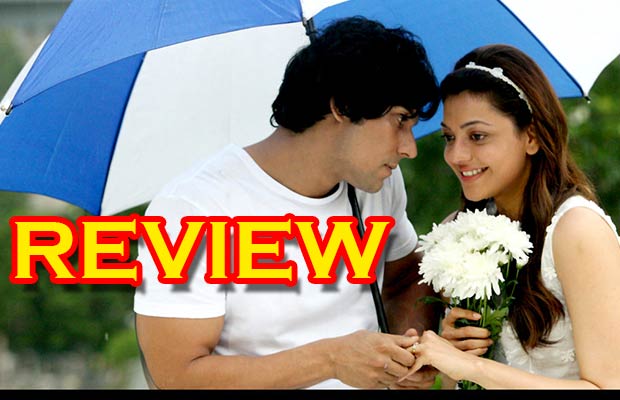 [tps_footer]Deepak Tijori casts Randeep Hooda and Kajal Aggarwal in this remake of Korean film ‘Always’. One night a former Mixed Martial Arts (MMA) fighter Suraj, who works a night job as an attendant in a parking booth in Malaysia, meets blind girl Jenny (Aggarwal). She mistakes him for the usual avuncular night guard with whom she would watch a soap opera on the TV in the booth every night. Suraj (Hooda) reveals that that man has retired and Suraj is the replacement. Jenny does not appear to have any trust issues and chatters away about the soap story with Suraj. Soon a friendship and then love develops.

She may be physically disabled but he is emotionally damaged. In each other they find hope and a future. It’s a desire for a life together that convinces Suraj to re-enter the boxing ring – the only way he knows how to make a quick buck. Jenny does not seem to mind that her fiancé is a boxer. She’s also pretty confident in the way she manages her own life – having lived alone for years and working at an arts centre for the disabled. But when Suraj intervenes and beats up Jenny’s lecherous and drunk boss who is sexually harassing her, Jenny is furious with Suraj for interfering. ‘Who will give me a job?’ is her plea. So maybe Jenny’s not so sorted and smart after all and all that chattering is just white noise?

As talkative as she is, Suraj is equally quite, saying little. Hooda pulls off this intensity in a way only he can, charming us as he thaws and begins to embrace life. Until some stories of the past come out intertwining Suraj and Jenny’s lives inextricably.

As far as love stories go, this one had potential. But there is hardly any real chemistry between the two leads and the there are so many plot holes in the script that you find yourself questioning logic and behaviour and predicting the numerous twists and turns, rather than buying into the passion and drama. The high points: the training, fight scenes and a brooding Hooda.