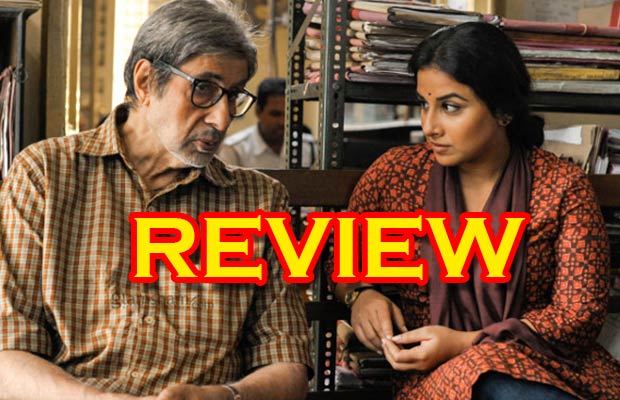 For eight years grandfather John Biswas has visited the local police station daily to ask if there has been any progress in the investigation surrounding the kidnapping and death of his granddaughter Angela. Amitabh Bachchan portrays age and trauma, hurt and the need for closure via his stooped shoulders, pursed lips, deliberate gait all reflecting the agonizing pain of time.

At home his wheelchair-ridden wife is vacillates between sympathy and doses of anguish matching that of her husband and frustration with his fixation of finding the perpetrator. John replays tapes of child’s final pleas while in captivity and revisits memories of happy days past.

In parallel, stumbling upon a new lead, John believes the kidnapper is still in Kolkata. But when Martin refuses to help him, John sets about conducting his own search.

The first hour is sluggish and the pace particularly unhurried. For a thriller, the set up takes inordinately long, a misstep in the screenplay by Suresh Nair and Brijesh Jayarajan. Another downer is seeing Balan and Siddiqui trying their best to inject gravitas into thinly sketched parts. The weakest casting is that of (Sabyasachi Chakraborty) as the present day grandfather whose grandson disappears from the home.

Kolkata is beautifully captured by cinematographer Tushar Kanti Ray (there are the unavoidable visuals of a Durga statues and immersions) and full marks to the production design of Dasgupta’s film, which is steeped in melancholy.

A deference to the thriller genre as interpreted by David Fincher Christopher Nolan, the trick is to spot the non-linearity of the narrative. The action and pace pick up in the last hour though the twist is closer to ‘Wazir’ than one would have wanted. However Bachchan is so much more in control and in form here that the crackling performances, at least, raise ‘Te3n’ above the ordinary.