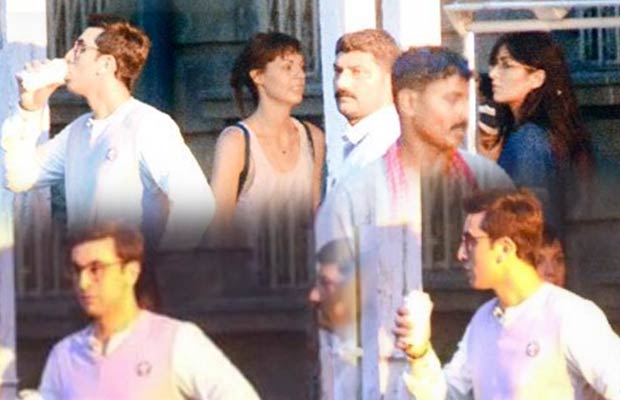 [tps_footer]A lot has been reported since months about Ranbir Kapoor and Katrina Kaif‘s unsure relationship. Fans of both the stars have some hope that the duo will get back together. And Yes, they did, but only for a reason! The couple who allegedly parted ways have reunited once again, but only for the shooting of their upcoming film Jagga Jasoos. The two stars were spotted while they were shooting for Anurag Basu‘s film at Ballard Pier in Mumbai over the weekend.

One can see in the pictures, Ranbir and Katrina are all engrossed in the shooting while director Anurag Basu is seen checking the shots behind. You can also see a number of people had gathered to watch the shooting of the film, which was being shot on the streets of Mumbai.

The film has faced many hurdles since the beginning of the shooting, but finally, the makers of the film have reached with the final schedule of Jagga Jasoos, which is being shot in Mumbai. Well, their work commitment demands them to be together and with this, we hope the distance between Ranbir and Katrina will fill up the gap again.

Talking about Jagga Jasoos, the film is going to be a musical journey with more than 20 songs and Ranbir Kapoor will be seen playing the role of a detective. The film tells the story of a teenage detective in search of his missing father. Directed by Anurag Basu, the  film is scheduled to release this year on June 3. 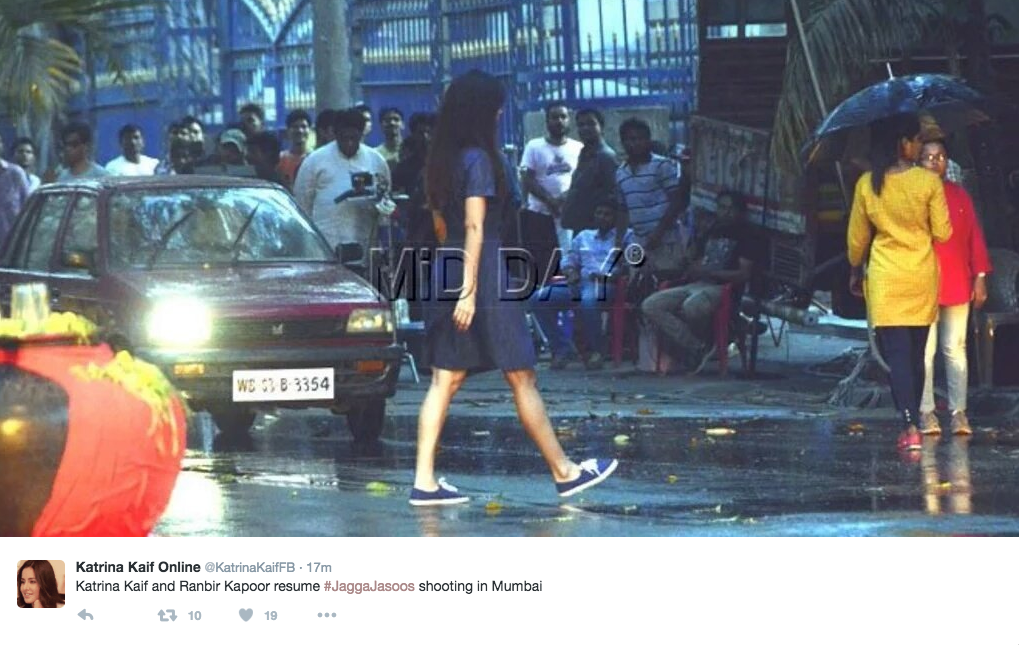 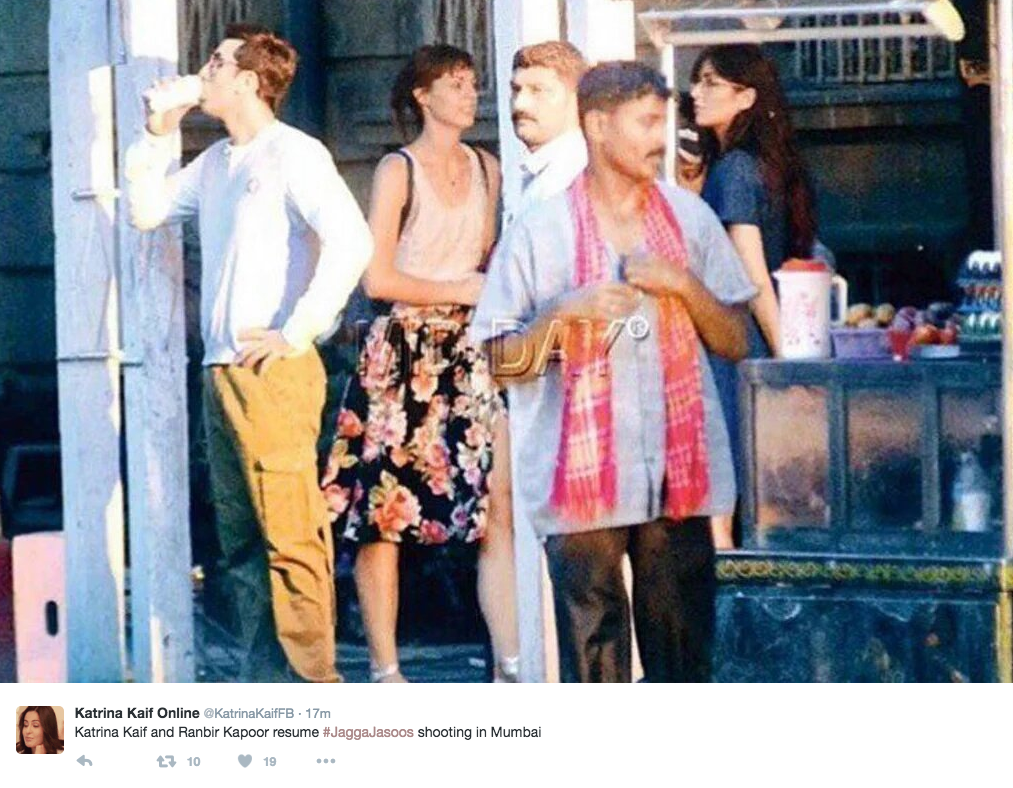 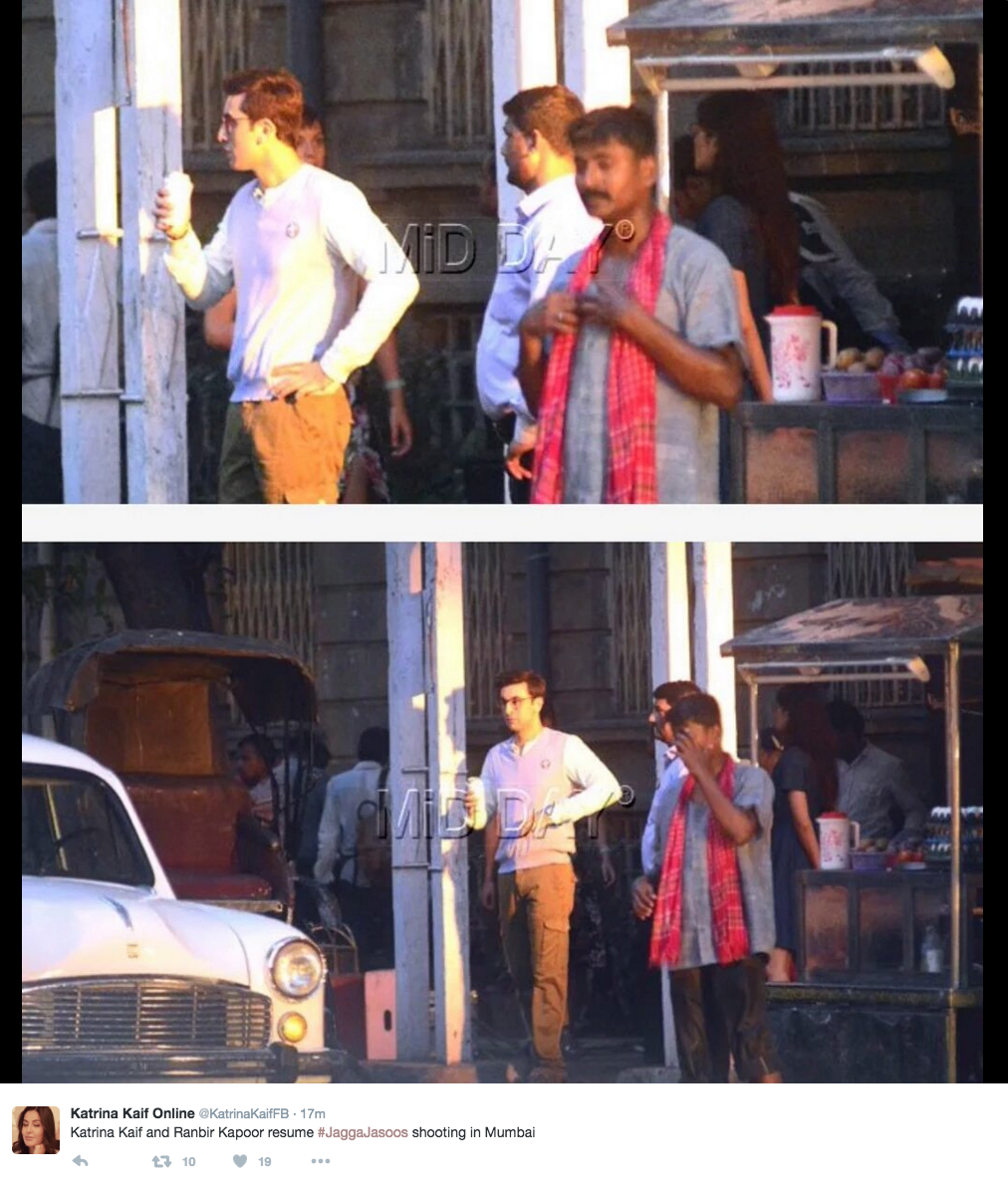 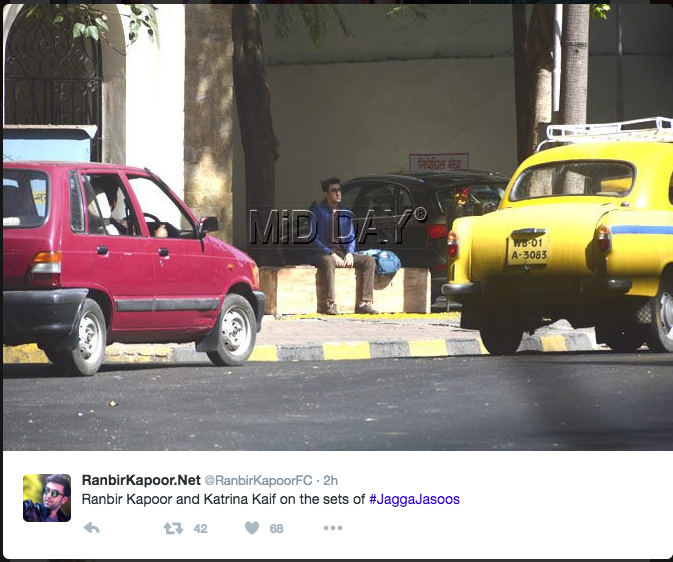 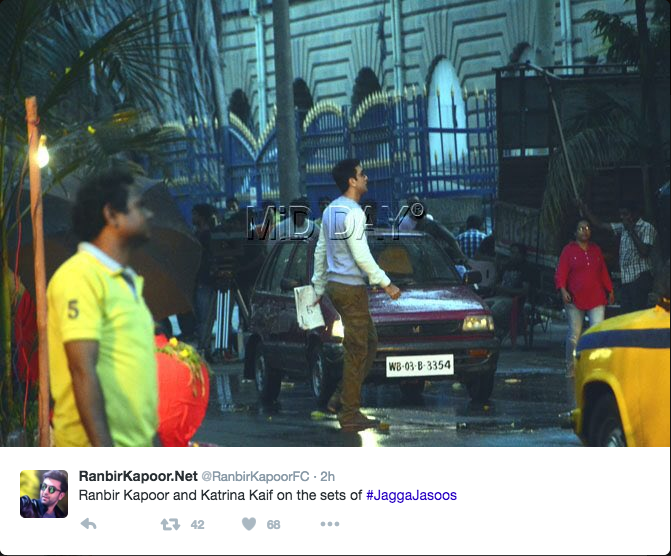 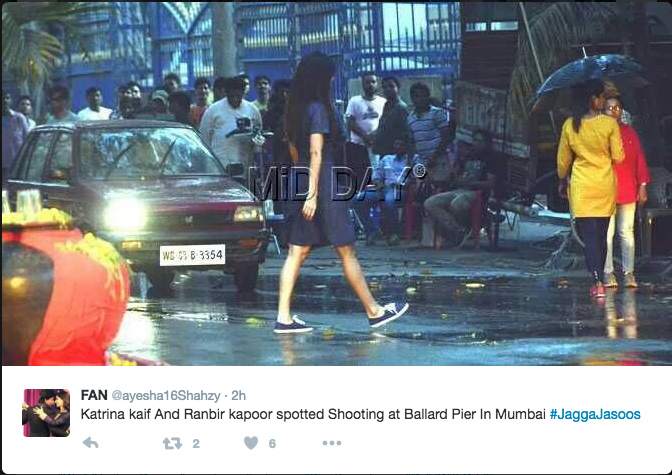