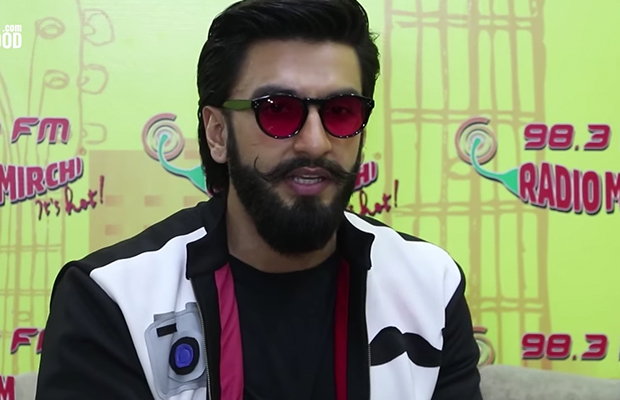 It doesn’t take long for people from Bollywood to land up in controversies first which sometimes then culminates into legal trouble as well. The latest name added to the list is Ranveer Singh.

Ranveer recently featured in an advert that created a stir on social media and for which the Befikre star received a lot of flak. The Jack and Jone hoarding showed Ranveer, dressed in sharp office wear, leaving his workplace and carrying a female co-worker on his shoulders with the words ‘Don’t hold back’ written in bold.

After the hoarding being criticized as gender insensitive, Ranveer had issued a statement apologizing to his fans. The actor wrote, “It was important to give the brand creative freedom while designing their campaign, but I guess we got it wrong on one of those billboards and I’m sorry this happened but it’s a thing of the past. We rectified it immediately by having that hoarding taken down ASAP from everywhere over 30 cities overnight. I treat all women with the utmost respect both professionally and personally and would never do anything to disrespect them.”  Soon the hoarding was pulled down from all the towns.

The matter didn’t end there and headed straight for a legal battle. Advocate Gaurav Gulati has filed a complaint with the National Commission for Women (NCW) against Ranveer and the menswear company.

In his complaint, he has demanded strict legal action the actor and the company. “I have seen an advertisement hoarding of Jack &  Jones company on social media and some online news reports in which famous Bollywood actor Ranveer Singh could be seen posing slinging a woman on his shoulder, suggesting that women are nothing more than objects.”

Highlighting the bearing of Ranveer in the ad, he also stated in the complaint that such catch-lines are derogatory to women and show how a famous actor can do such cheap and mean acts for the sake of money.

The advocate has termed it as violation of gender equality and as being outrageous to women’s dignity.