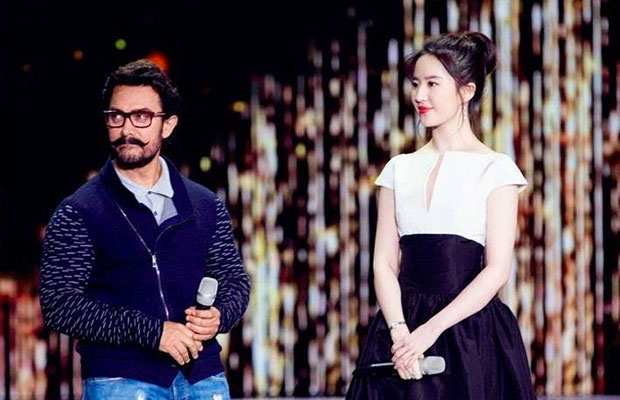 The petite actress, while introducing Aamir Khan to the Beijing audience was unable to contain her excitement and expressed that she would love to work with him in a film.

Aamir Khan is the only Bollywood actor to witness an immense fan following in China with the actors’ previous hits 3 idiots, PK and Dhoom 3 all garnering phenomenal collections in the Chinese market.

Liu took to stage to convey, “I really wish to work with you in the future.”

The gesture left Aamir humbled and he responded: “I would love that!”

Aamir recently visited China and was seen promoting Dangal at the Beijing International Film Festival on Sunday along with director Nitish Tiwari.

Dangal proved to be the opening Film of the film festival with Aamir Khan later taking on centre stage to distribute films of Chinese origin to the distributors present.

The film will be released as ‘Shuaijiao Baba’ which means ‘Let’s wrestle, father’.