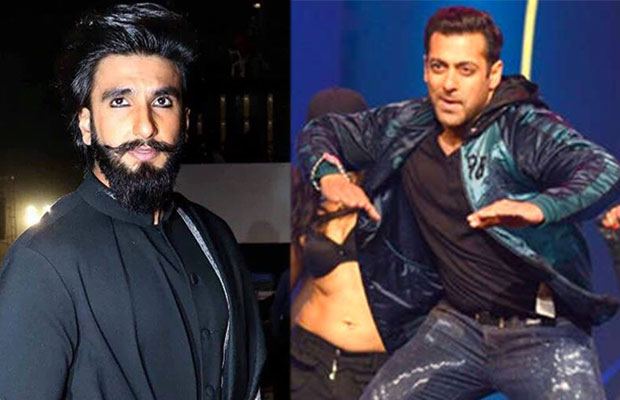 We had reported earlier how the Bollywood actor, Salman Khan left with his team from the Mumbai airport last week for his Dabangg tour. He was seen leaving with Daisy Shah, Elli Avram and Nargis Fakhri. The tour was kick started in Hong Kong a few days back. The team will next head to Melbourne, Auckland and Sydney.

The surprising element of the show was that another Bollywood actor, Akshay Kumar had joined him on stage to shake a leg. He was seen grooving with Salman Khan, Sonakshi Sinha and Bipasha Basu on their hit songs. Salman had been very cautious to keep the surprise a secret as he did not let any video or picture of the rehearsals leak on the social media.

Now there are reports swirling in the media that even Ranveer Singh and Anil Kapoor were approached to join the Bhaijaan in the tour. Both of these actors had to decline the offer due to their prior work commitments.

The spokesperson of Ranveer talked about the matter with a daily saying, “He was approached eight months ago but his team had to decline it as he is busy shooting for Padmavati.”

But another source had a completely different story for the daily stating, “Salman is at the end of the day, a huge star and Anil and Ranveer are aware of that. Neither wanted to be overshadowed by him and hence they decided to stay away from the gig.”

Salman, after finishing the Dabangg tour, is going to resume with promoting his next release Tubelight. He is also going to continue the shoot of Tiger Zinda Hai with Katrina Kaif.

Ranveer Singh, on the other hand, has prepped hard for his role in Padmavati and will soon join the star cast of the film, Deepika Padukone and Shahid Kapoor for the shoot.