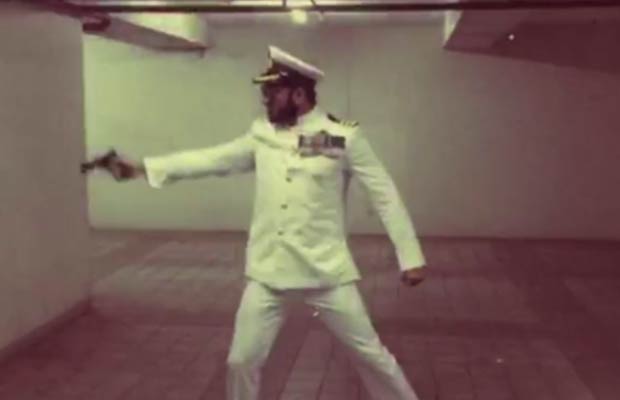 [tps_footer] Ranveer Singh is known for his impromptu acts. The actor is always up to something weird and hilarious. The Bajirao of the tinsel town is all smitten by Akshay Kumar. Ranveer is extremely eager for Akshay’s film ‘Rustom’. Akshay Kumar’s upcoming ‘Rustom’ is one of the most awaited films and Ranveer is also waiting for the movie with bated breath it seems.

The Befikre actor who never shies away from flaunting his bromance towards other actors had tweeted an adorable picture on Twitter captioning it, “PRICELESS #Throwback !!!My Fanboy moment with the One & Only @akshaykumar ! #9DaysToRustom (Watch this space!).” 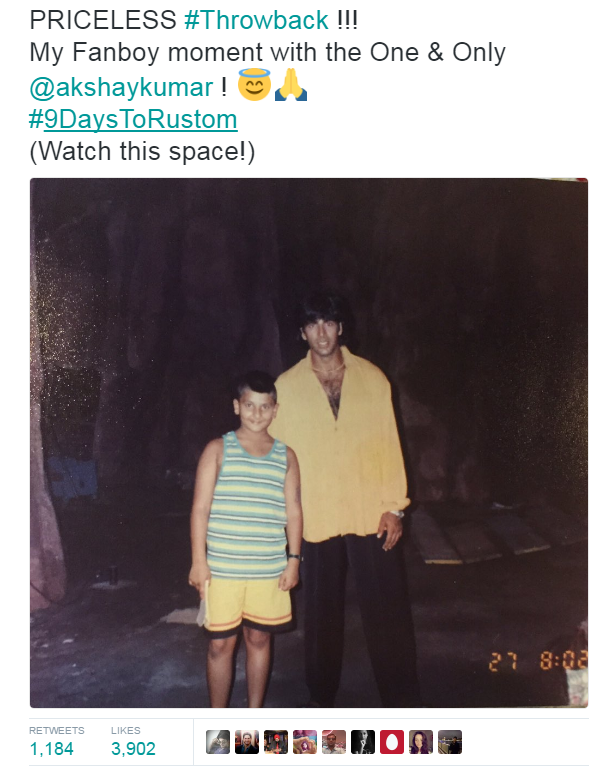 Seems like, the Ram Leela actor is not done with his adorable stints for Akshay Kumar. The actor has now enacted Rustom in a hilarious way. The energy filled actor has posted a video on Twitter captioning it, “Chumma to You @akshaykumar !!! #9DaysToRustom.”

Akshay Kumar’s much in limelight film ‘Rustom’ stars actresses Ileana D’Cruz and Esha Gupta in lead roles. The movie is based on the Nanavati case. ‘Rustom’ will hit the screens on August 12th, 2016. The movie will clash with ‘Mohenjo Daro’!

Coming to Ranveer Singh, the handsome hunk will be seen in ‘Befikre’ opposite Vaani Kapoor. The film is a romantic one directed by Aditya Chopra. The movie will release on December 9th, 2016. Apart from the stated, Ranveer is also roped in for Sanjay Leela Bhansali’s ‘Padmavati’.[/tps_footer]