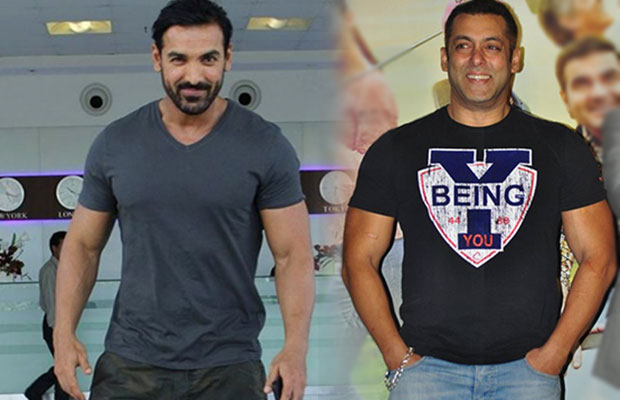 [tps_footer]John Abraham is back in the limelight with his film ‘Dishoom’. The actor flaunted his daredevil skills in the film and impressed the audience. Well, apart from the film the actor is also busy with his other venture. These days tinsel town celebs are not just focusing on their acting career but they are also branching out to other opportunities.

Salman Khan who is the man behind Being Human has opened his clothing line for raising funds for the foundation. The superstar is mainly seen wearing Being Human tees at various public appearances. Likewise, John who is the co-owner of the brand Ecko Unltd in India was also seen promoting his venture indirectly.

Similar is the case with actor Hrithik Roshan too. The Bang Bang actor is seen wearing his brand HRX at most of the places. When asked John Abraham about promoting his clothing line he said, “Eckõ Unltd is an American brand and I co-own the franchise in India, so it’s not an endorsement as such. All my tees usually come from there and I wear track pants with them. For denim wear, too, it’s the same brand and I design it the way I want to. I create my own style with my own clothes and I have my own team in Bengaluru for that. They design clothes for the youth of today and everyone else.”

John added, “I am concentrating on that as I want my brand to be the biggest one in India.”

The handsome hunk also opened up on his everyday fashion tastes saying, “I have enough clothes to fit into one suitcase and the minute it gets beyond that, I give them away. I don’t keep too many clothes as my lifestyle is very frugal. It’s always been like that from day one.”

John Abraham who is the style icon for the youth is not very inclined towards accessories. The dashing star commented “I don’t wear watches, carry a wallet, wear belts or shoes as I don’t like any form of accessories. I carry no money, so I don’t need a wallet. The only things I wear are T-shirts and denims as I like being light. If I like something I want to buy, I ask someone in my office to go and buy it later. The problem happens when I get stuck at the toll naaka without any money, so I end up apologising for it. Luckily, now someone’s been smart to give me a pass so I show them that pass.”

Coming to footwear he says, “There is one important accessory that I love and those are chappals, so I need to buy them all the time. I rarely wear shoes, as its chappals most of the time.”