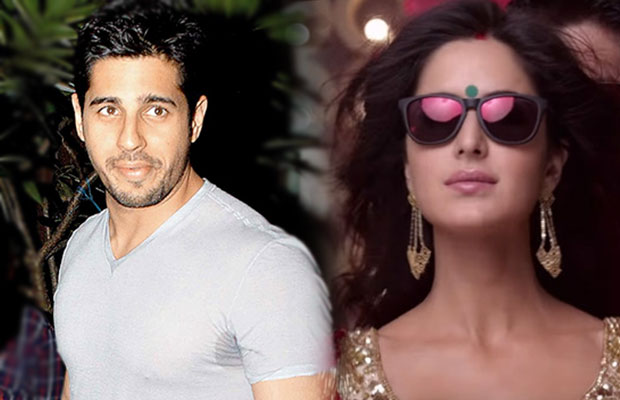 [tps_footer]Sidharth Malhotra and Katrina Kaif will share chemistry in the film ‘Baar Baar Dekho’. The film is much in the limelight for its star cast and trailer. Even before the glimpse of the film made its way to the masses, the track Kala Chashma gathered all the attention. The song has crossed around 35 million views and is still gaining amazing views.

Well, even though the song features both Sidharth and Katrina, the audience is gaga over Kat’s presence. The actress is flaunting her abs by all means and is also nailing her moves. Kala Chashma is already ruling the chartbusters and the film is now on the must watch list of the masses.

Handsome hunk Sidharth Malhotra who is humble to the core was recently asked about Katrina Kaif stealing the show in Kala Chashma. The witty actor replied “I’ve always said, Kala Chashma had three stars – Katrina, I and Katrina’s abs. I think all three stars have performed really well in the song. I keep telling Katrina, her abs have outperformed me in the song.”

The mind blowing actor further added, “I’ve got so many texts and messages telling me it’s a great number. I know so many people who are learning to groove on it. Katrina has given so many solo track hits, I think she’s not used to the idea of having a hero dancing with her.”

The trailer of ‘Baar Baar Dekho’ has also received amazing reviews. The film is directed by Nitya Mehra and is based on time travel and romance. ‘Baar Baar Dekho’ will release on September 9th, 2016.[/tps_footer]