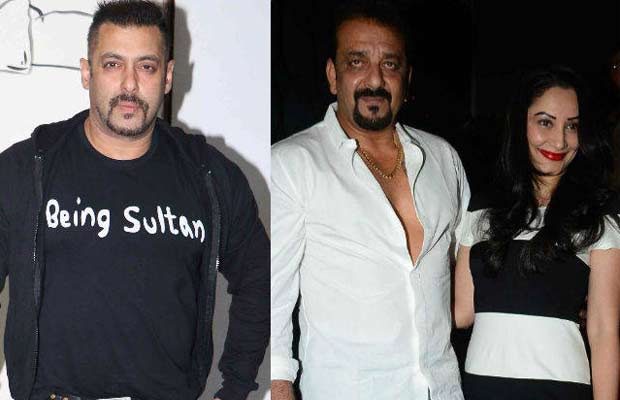 Salman Khan and Sanjay Dutt were really close friends and both of them have been friends for a really long time. In fact, people used to swear on their friendship and their friendship was definitely the talk of the town. Both had even hosted Bigg Boss Season 4 together. But things are not the same, from the time Sanjay Dutt has come out of the jail. Apparently, there were reports that both the actors were miffed with each other. Well, Sanjay Dutt roped in Katrina Kaif in his biopic and it seems like it didn’t go well with Salman. Sanjay fired the manager who was hired by Salman for him. Well, this is quite evident, that there is something wrong between them. Not only this, they were not talking with each other at IIFA as well. IIFA awards are one such award which reunites everyone from Bollywood. But sadly, it couldn’t unite Salman and Sanjay.

But, the good news is that Sanjay Dutt‘s wife Maanyata Dutt is trying to be a peacemaker between these too. Supposedly, Maanyata has already spoken to Sanjay Dutt and has told him to forget everything about the past and to reunite with Salman Khan. And now Maanyata is waiting to send out this peace message to Salman as well.

Well, let see if Maanyata can really manage to get these two together. We really hope that Salman and Sanjay reunite and we hope to see them in a movie together as well.

What do you think about Salman and Sanjay‘s friendship? Tell us in the comments below.