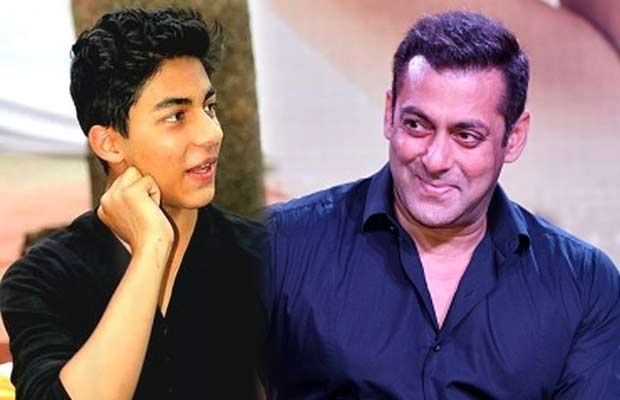 Aryan Khan has always been in the limelight, no points for guessing why!

Aryan is one of the most sought after star kids owing to his father, Shah Rukh Khan‘s huge fanfare. Fans tend to have an eye on every action of his and he also has a large number of people following him on social media sites.

The latest buzz about the star kid is that his father had got him admitted in an acting school. Well, SRK, the perfectionist that he is, has also advised darling son to watch a long list of movies for film inspirations.

The actor, on his Eid meet and greet with the media said that he is making Aryan watch films because he is going to a film school now. He also added that he has made a special folder of films for Aryan which would benefit him in his learning process.

And well the surprise is here…

Reportedly, one film of the many in the folder is Salman Khan‘s latest blockbuster hit film Sultan.

Sultan has received a thumbs up from a huge portion of audience and critics and has scored enormously well at the box office.

Well maybe that’s the reason why the Badshah of Bollywood wants beta Aryan to take acting tips from Salman!

Well, this is music to our ears as this proves the fact how SRK and Salman have really forgotten the rift between them and moved on to become great friends!

Now this is awesome, as both the reigning stars of Bollywood can team up to train Aryan, who, we never know, might just become a greatest star of all generations!

Well, only time will tell. Till then tell us what you feel in the comments below!