The first poster of Jackie Chan–Sonu Sood starrer KungFu Yoga released today and it promises to be high on action, adventure, comedy and thrill!

Sonu Sood, who shares the screen space with Jackie Chan for the first time, is proud to present the Indo-Chinese production in India releasing in four languages – English, Hindi, Tamil and Telugu all over on 3rd February, 2017.

Sonu says, “It’s an emotional moment for me, as my production house Shakti Sagar Sood named after my late father Shakti Sood is presenting the film. God has been kind enough to give me the opportunity to present a movie of such a big scale and grandeur to the Indian audience. KungFu Yoga is a tribute to my father.”

Adds action star Jackie Chan, “I’m grateful and proud to be part of this action-packed, fun journey. KungFu Yoga gave me the opportunity to work with Indian actors and technicians. We all have worked very hard on the movie and I hope the audience like the film.”

Director Stanley Tong says, “Working on KungFu Yoga was nothing less than a roller-coaster ride. It’s a film where people will witness great action sequences between Jackie Chan and Sonu Sood which am sure they will love.It was a great experience working with Bollywood actors and technicians.”

Going by the impressive poster, the team of KungFu Yoga is all set to take us on a roller-coaster ride of laughter, adventure and thrill. 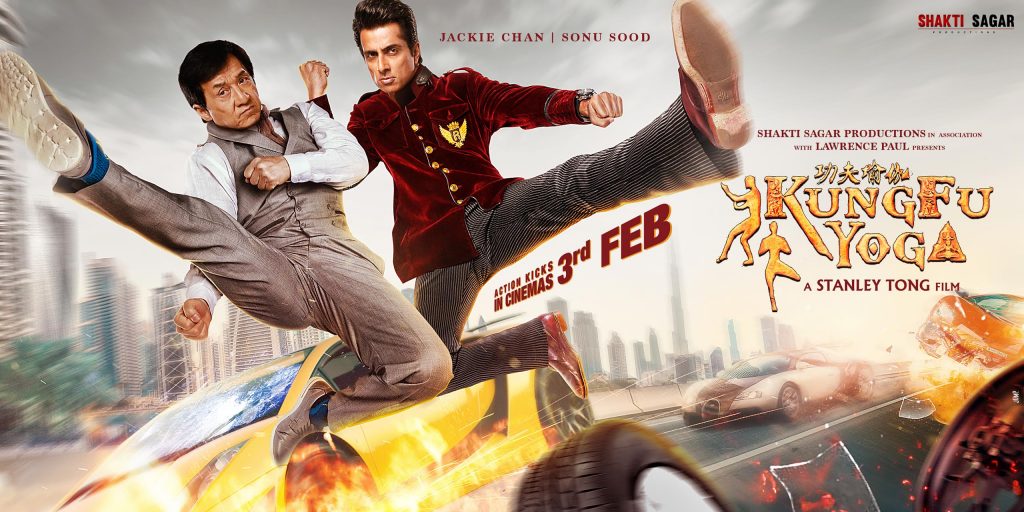