Shah Rukh Khan has raised the class Quotient of 2017 by gracing on two of the prominent and leading magazine covers.

The king of Bollywood has nailed it by looking debonair on the covers of Femina and GQ magazine.

As GQ celebrates its 100th issue Shah Rukh Khan clearly seems to be the best choice. The actor has not only slayed on a men’s magazine but has also rolled on the women’s magazine.

The actor has swooned everyone with his dashing looks and classy persona on the covers.

SRK is wearing a suit over a black jumper and aces the look with a pocket square luxurious watch for GQ cover which tags the actor saying “A Mans guide to winning at life in 2017!” whereas he is seen in a crisp white shirt and black trousers with a clean-shaven look for the femina cover which are bang opposite looks of what we have witnessed SRK in the trailer of Raees! The look donned by SRK has been a strong buzz creator with audiences digging at his new avatar! From wearing the black crisp pathani with coal eyes, beard and the spects that the actor has donned have us the chills in the very first shot of SRK in the teaser followed by the trailer!

We are definitely happy to experience every look that has been donned by SRK so far!

The actor has always suaved his with his classy and charming personality and has won millions of hearts over the globe.Shah Rukh Khan most definitely turns out to be the poster boy of 2017.

The actor is currently gearing up for his forthcoming film Raees directed by Rahul Dholakia. 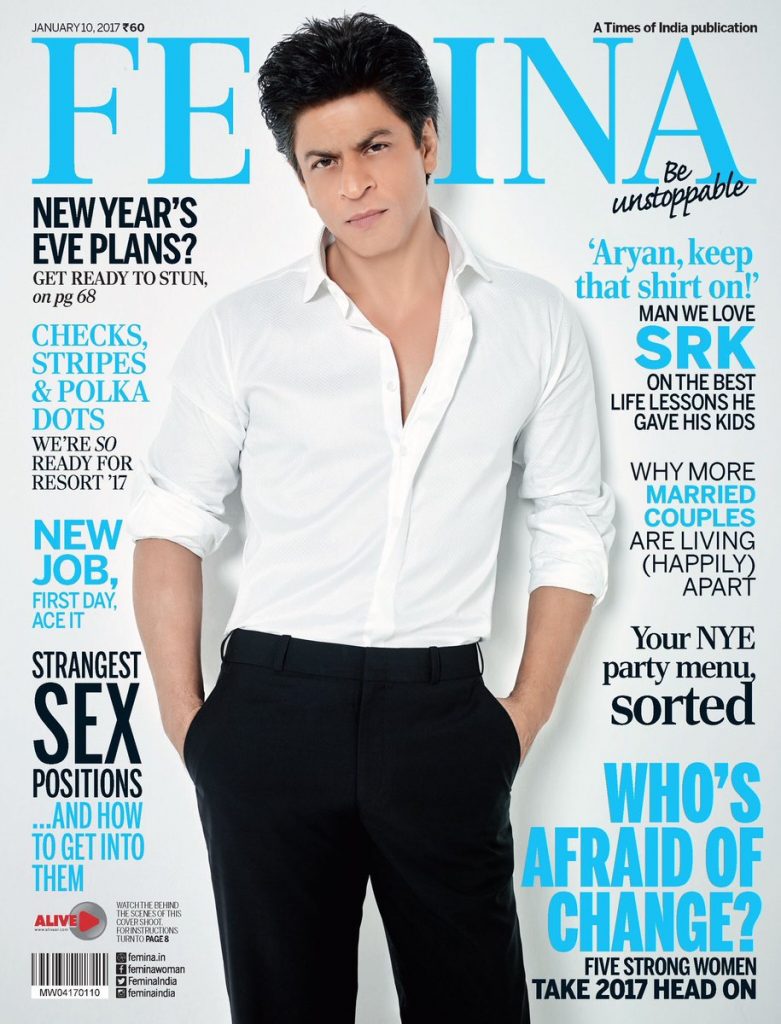 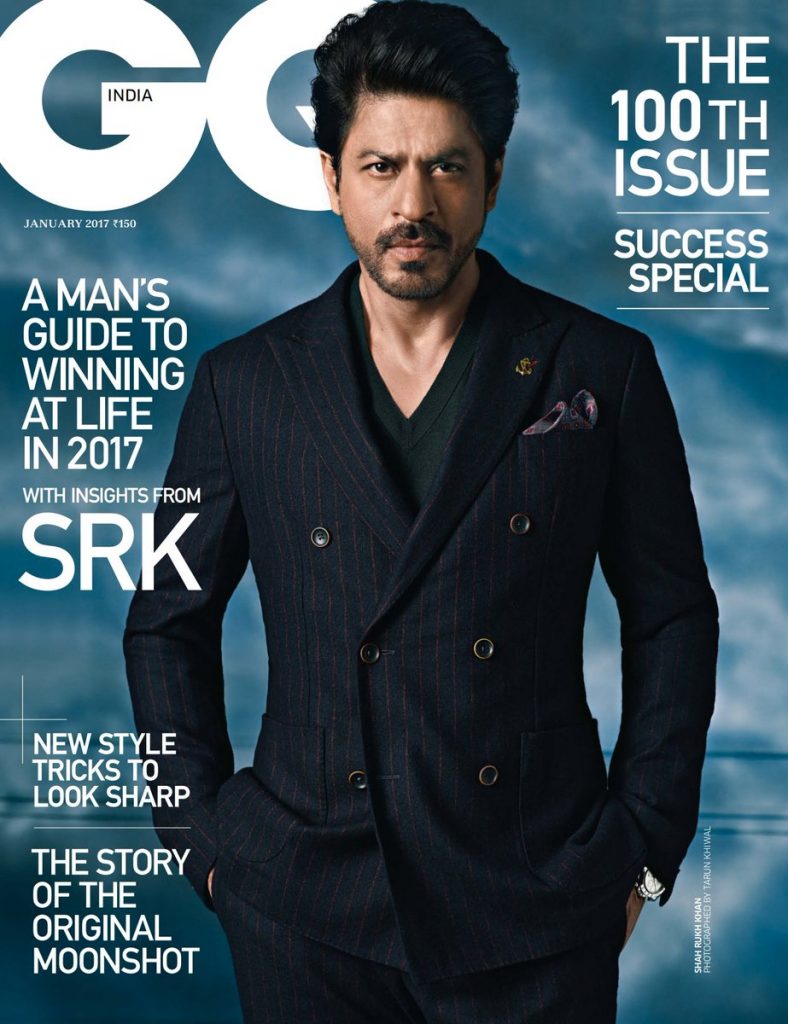