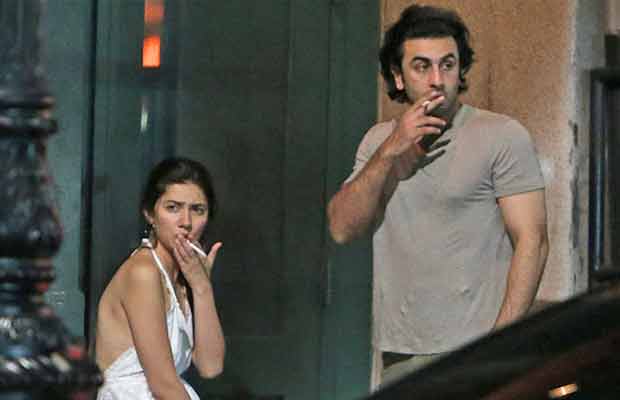 A few days back some pictures of Mahira Khan smoking with Ranbir Kapoor had gone viral!

The Pakistani actress Mahira Khan made her debut in the Bollywood film industry with Shah Rukh Khan starrer Raees. But the actress is more famous in the country for something else. A few days back some pictures of Mahira Khan with Ranbir Kapoor had gone viral in which the two of them were seen smoking together.

The actors were snapped in US and the pictures had spread all over media. It is since then that the trollers have been criticizing the actress for smoking despite being a woman. She was also being trolled for wearing a short and backless dress.

After that, there were also many who came out in support of Mahira. But the amount of haters outnumbered the amount of supporters. While Ranbir Kapoor had already spoken on the matter, the actress had been keeping quiet until now.

It was recently at an event, where she broke silence on the matter. The event saw her being announced as the brand ambassador of a leading cosmetic brand. At the same event, she decided to speak on the matter and gave a befitting reply to all the haters out there.

Earlier, Ranbir in his statement, had said, “I’ve gotten to know Mahira in a personal capacity over the last few months. She is somebody who I admire and respect, for her achievements and even more for the person she is. It is very unfair the way she is being judged and spoken about.”