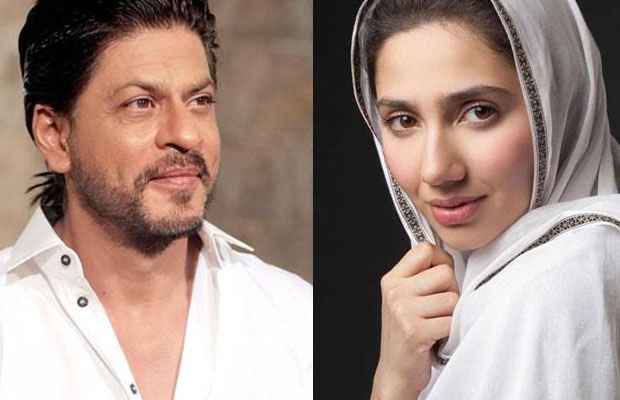 Pakistani actress Mahira Khan is all set for her Bollywood debut with Raees. Mahira’s debut indeed is going to be one big launching platform for her as it is opposite none other than the Baadshah of Bollywood, superstar Shah Rukh Khan himself!

The actress was spotted last night at the Vogue’s Beauty Award where she looked stunning in a green evening gown. Mahira looked exquisite with her hair updo and the unique stylish pyramid shaped clutch she carried.

When asked about her debut film due for release, Mahira expressed that she is feeling nothing but a bunch of nerves. Talking about the film, the Pakistani beauty said, “It’s a dream come true. I am excited but very nervous too. I feel pressure to prove myself, that’s why there is anxiety.”

Mahira also spoke about shooting her first film with the Baadshah and how his presence left her spellbound. She added, “”My first scene in the film was with him (Shah Rukh). I was wondering what would happen. I was prepared with my dialogues and when he came I forgot my dialogues, so that is one moment I will always remember.”

Talking about the approaching date of release, which is January 26, 2017, Mahira said that she is getting impatient about it. She said, “We have been shooting since last year. I am anxious, impatient and nervous. I am fluctuating with all the emotions.”

Raees, directed by filmmaker Rahul Dholakia will show Mahira romancing King Khan who will be seen playing a Gujarati drug mafia in the action thriller.