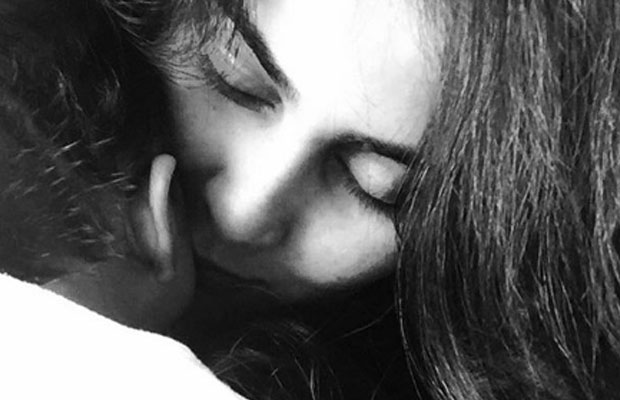 Riteish Deshmukh and Genelia D’Souza recently gave birth to their second baby boy Rahyl on June 1. They couple recently shared a picture of their bundle of joy on social media. The picture, shared by Genelia Deshmukh, is baby Rahyl’s first glimpse to the couple’s fans and well-wishers.

Genelia not only posted the adorable picture online but also tagged it with a sweet caption. This is what her post reads: 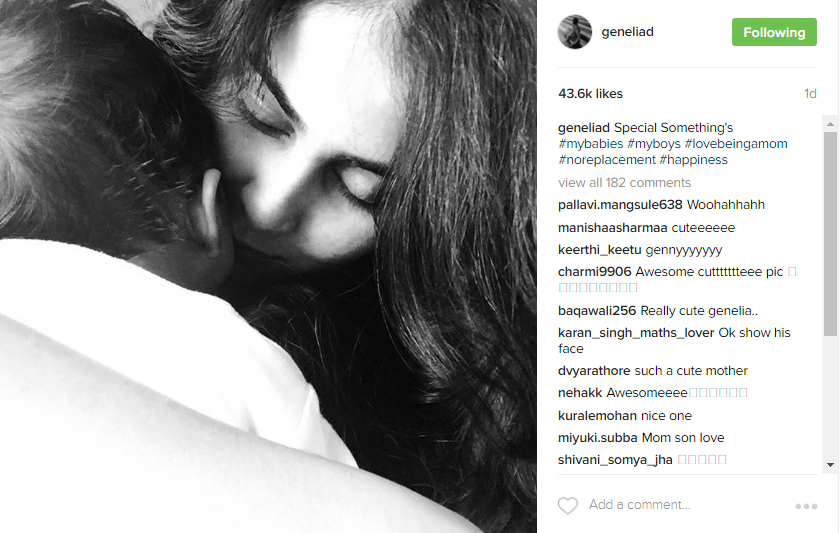 The picture is truly enough to melt you, heart. The super cute picture shows the little innocent bundle of joy embracing his dear mother affectionately.

Rahyl is Riteish and Genelia’s second born which the couple welcomed into this world on June 1. Before Rahyl, the couple already had a son named Riaan born in 2014.

The birth of the new addition to the family was also announced in a rather film style. Riteish had put a rather aspiring message on Twitter that read—

#Hey guys, my Aai & Baba just gifted me a little brother. Now all my toys are his…- Love Riaan

Riteish Deshmukh and Genelia D’Souza were in courtship for eight years before tying the knot on 3rd February 2012. The couple first met on the sets on their premiere project Tujhe Meri Kasam which released in 2003.