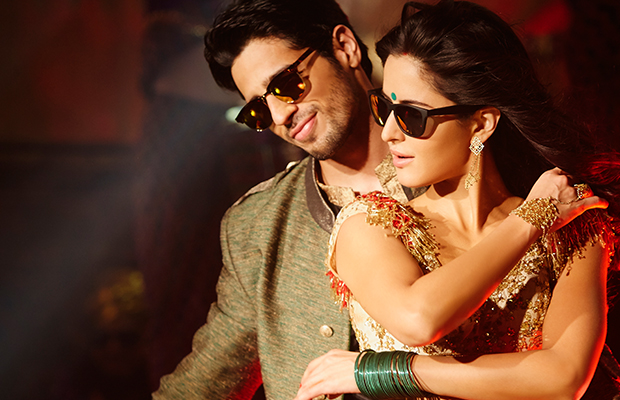 [tps_footer]Unlike the usual pattern, that Bollywood is aversed to of unveiling the trailer first as their first content to audiences, makers of Baar Baar Dekho are taking a different route altogether.

News is Excel Entertainment and Dharma Productions are going a different route with their forthcoming film Baar Baar Dekho. The makers of the film are all set to present their first song from the film even before the trailer releases.

The team is very keen to take a different approach and want to surprise the audiences with this new pattern. The song that is to be released titled ‘Kala Chashma’ is surely going to create waves with the fresh pair of Sidharth and Katrina dancing to the tunes of the ever popular track. The actress will be seen in a distinct avatar which is rest assured to set the temperature high on screen! Katrina‘s yet new avatar is going to create immense noise around her look!

Karan Johar shares, “Kala chashma 2.0 is a party starter and has been the heartbeat of the Punjabi music scene for over a decade…our revamped and rejuvenated version has enhanced the energy to an altogether different level….Baar Baar Dekho is a celebration of life and love and we thought the song would encapsulate that ethos in the best possible way…it kickstarts our campaign and the trailer will be out soon after….Kala Chashma leaves you with a huge smile on your face and a dance in your demeanour!!!”

Nitya Mehra frther adds, “Kala Chashma, or KC as I call it, is a celebratory song. Since Baar Baar Dekho is a film that celebrates relationships we wanted a banging number to announce the arrival of its trailer. It’s a fun, foot tapping, funky number that’ll put a swag in everyone’s step. Enjoy!!!”

Makers of the film have already got their hands off on the copyrights of the most popular track Kala Chashma and will be presenting the song to us with the utmost sizzling chemistry that we would witness on screen between Sidharth and Katrina! The track is all set to break out on 27th July!

The song ‘Kala Chashma’ has been composed and recreated by Badshah, with vocals of Amar Arshi, Badshah and Neha Kakkar.

Choreographed by duo Bosco–Caesar, The song is a remake of Amar Arshi‘s 1990-Punjabichartbuster, “Tenu Kala Chashma Jajta Ve”.The song continues to be a rage in nightclubs across! And with this new version of Sidharth and Katrina dancing to it, it’s surely set to emerge one of most running tracks! Baar Baar Dekho directed by debutant director Nitya Mehra is all set to hit screens on 9th September.

Here’s the sneak peak of what’s going to be coming for the audiences in the song with this cracker of the first look of Sidharth and Katrina in the track! With this visual, we aren’t ready to wait for the track any longer![/tps_footer]