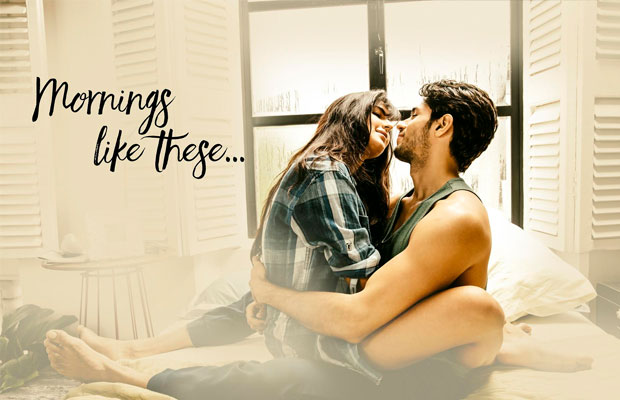 Baar Baar Dekho apart from already being touted at 2016’s most romantic movie, is also the most tracked movie for the unconventional promotional plans they come up with.

Breaking the marketing template this film has more 1st times than ever ! After releasing a song before the trailer , having never seen before Roundtable conference of producers, they are now up to something new

Having an another trick up their sleeves , Team Baar Baar Dekho has unleashed their “Moments campaign”. The team is releasing delightfully mesmerising stills of Sidharth and Katrina every day.

From a special photo shoot, Jai and Diya (Sid and Kat) promise to freeze some magical love moments and give us a reason to smile and making us Baar Baar Dekho moments from our lives.

The pictures convey what the film is all about , In the director’s words “It is really about the small moments in life, and, if you don’t pay attention, your life will pass you by and not much will be left.”

Moments as a campaign has made the audience fall head over heels with the lead pair.

The makers of Baar Baar Dekho would be releasing more such visuals, for the audience to have a dekho into the lives of Jai and Diya

Social media is abuzz with Baar Baar Dekho and with the launch of their moment’s campaign , there seems to be crazy excitement.

Two good looking actors plus A union of the masterminds equals One interesting premise , this movie is a must watch!

Baar Baar Dekho is produced by Excel Entertainment and Dharma Productions, directed by debutante Nitya Mehra. The film is scheduled for a worldwide release on 9 September 2016.