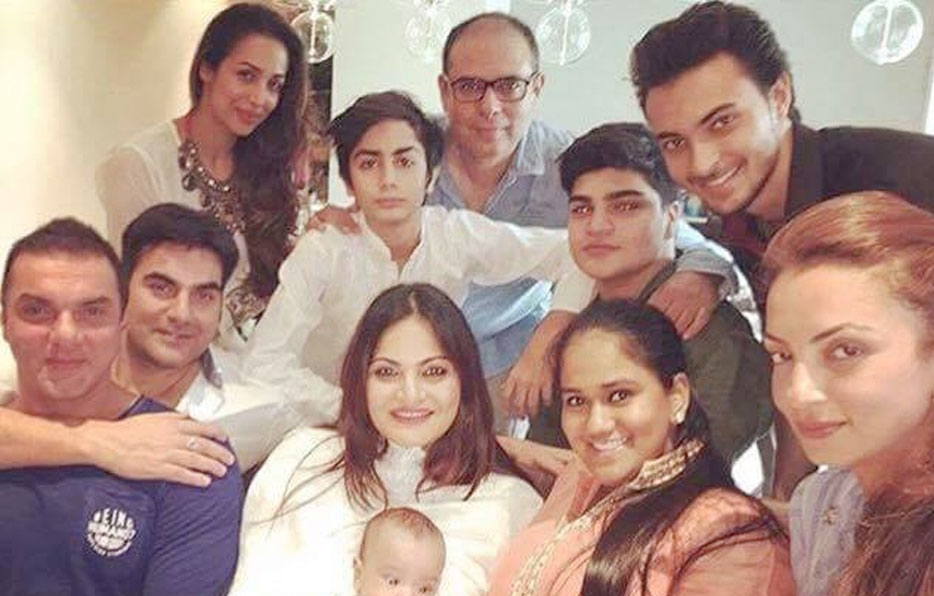 [tps_footer]Happiness knows no bounds for the Khan-daan as of now. Salman’s Sultan has gone all out on a record breaking spree. The film has already been announced a huge hit with record breaking collections on the opening day.

However, there’s more to the happiness than just Salman’s success at the box-office.

His brother, actor Arbaaz Khan was spotted a couple of days ago dining with estranged wife Malaika at a suburban joint.  However, the couple has raised the hopes of their fans by hinting reconciliation by making an entry together at their family residence at Galaxy Apartments in Bandra for their family Eid celebrations this morning. Son Arhaan, too, was seen tagging along.

This just proves to be merry change for the couple as they were living separately for over 6 months now.

Following Arbaaz’s footsteps was brother Sohail, who too was seen making an appearance with wife Seema. This couple’s marriage too had seemed to hit the rocks. However, things seem to have resolved now as the couple maid a joint-entry with son Nirvaan.

Well, this Eid seems to have brought happiness to the household. The family was going through a lot of tension since the start of the year with the marriages of both these couples hitting the rocks. However, things seem to have soothed down now and the family can finally breathe a sigh of relief.

Malaika’s marriage with Arbaaz headed downhill when the reports surfaced of her dating a UK businessman in January. The lady had soon walked out of her family house and also met divorce lawyer Vandana Shah to initiate proceedings.

The actors’ families also tried settling things between the two. However, all efforts turned to be futile.

Meanwhile, Sohail and Seema’s relationship had also headed splitsville as there were rumours of the Jai Ho director’s closeness with Huma Qureshi.

Arpita Khan also shared an adorable picture of the family posing together with the latest addition to the family- Ahil.[/tps_footer]