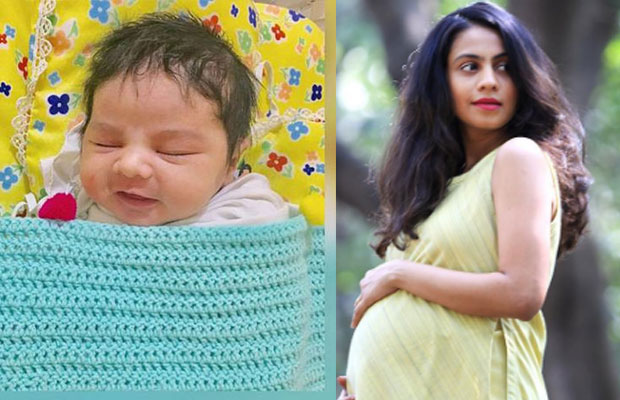 It’s been a season of baby arrivals in telly town. After Roshini Chopra and Chahatt Khanna, it’s Mansi Parekh who has been blessed with the arrival of her bundle of joy – a cute little princess. She welcomed her baby girl on Monday (28th November).

TV actress Mansi, last seen in Sumit Sambhal Lega, and singer-musician husband, Parthiv Gohil are now doting parents to a baby girl. Congratulations to the parents on arrival of their centre of universe!! The couple got married in 2008 and has been happily married since then.

Manasi, who made her acting debut with Kitni Mast Hai Zindagi shot to popularity with the show, India Calling. Amongst the other shows she did, she became a household name for her role in in Star Plus’ Gulaal.

Recently, she also released her first music project called Tum Bhi Na on which she collaborated with her Sumit Sambhal Lega co-star, Namit Das who has co-directed it. They both also feature in it. Manasi had always been inclined to singing and also won the Zee TV’s singing reality show Star Ya Rockstar. Also, the talented mommy has plans of venturing out into business by launching an online clothing brand.

Hearty congratulations to the parents!