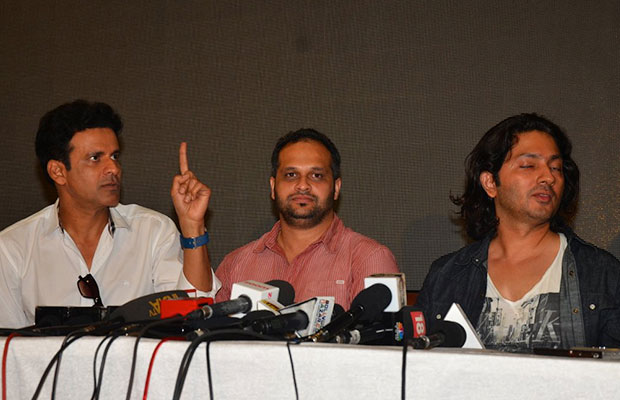 [tps_footer]’Kriti’ a short film directed by Shirish Kunder is surrounded by controversies due to the serious plagiarism allegation against it. The whole controversy has got steamy and serious that the film was removed from YouTube. Today the makers and cast of the film had held a press conference for the same.

In the press conference, the lead actor of the short film Manoj Bajpayee said, none of his films have been said to be copied. The movie’s idea was discussed last year on Eid. It was then, they decided to do the movie. Back then it wasn’t going to be made into a short film.

He further added that it is really hurtful for them to hear such things and he saw everything happening in front of him. Manoj stated that they are being abused on twitter and facebook for a short film which is being watched widely. He said they have invested so much time and worked hard on it. The battle on Twitter is between two countries.

He further talked about the losses the makers have suffered due to the controversy. They wanted to try something new but the whole controversy about the film is really disturbing.
Well, we hope the battle comes to an end soon.[/tps_footer]