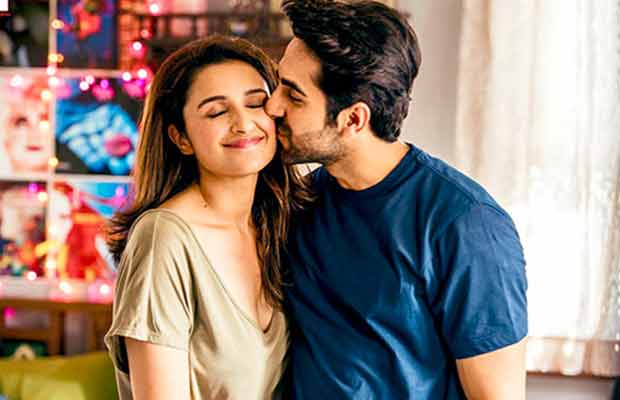 Ayushmann Khurrana plays Abhimanyu Roy, a Kolkata boy in Meri Pyaari Bindu who spends most of his life dancing to the tune of his neighbour Bindu (Parineeti Chopra). When Bindu moves into the opposite house, the children strike up an immediate friendship, which develops into love for Abhi. But Bindu is too flighty and gives him neither hope nor rope. She moves from Kolkata to Australia to Paris to Mumbai where the long-lost friends reconnect.

Now in the same city again, their friendship returns to the same point and Abhi realises that his love for her is still intact. The courtship is the cutest part of this story, which is fairly light and frothy with hardly any emotional depth.

The story is told from Abhi’s point of view and he narrates it mostly as he types up a story. Abhi is a writer and author of very popular horror adult books. Lured back to Kolkata by his parents who are orchestrating a set up with potential brides, Abhi discovers a dusty audio cassette. This mixtape is a compilation of songs that captured various key moments in Abhi and Bindu’s lives and relationship.

This frees Abhi of his dry creative spell and he quickly starts recording a love story titled ‘Meri Pyaari Bindu’. The story, like the film, traces Abhi and Bindu’s antics and drama from childhood in the 1980s to modern times. Suprotim Sengupta uses the device of music and the mixed tape to set the soundtrack for this love story between two characters with very different life goals and destinies. There really is no great drama or crisis in this story. It’s very normal but the quirky supporting characters work to stave off ennui.

Chopra and Khurrana are the cornerstones of the film and do their best but are unable to ignite any tangible chemistry on screen. Of the supporting cast Rajatava Datta, Aparajita Adhya and Prakash Belawadi bring some zing as parents of the pair. The music is one of the most likeable elements of the film.

Meri Pyaari Bindu is refreshing in parts and meandering at others, making this just about a serviceable romcom which is higher on romance than comedy.