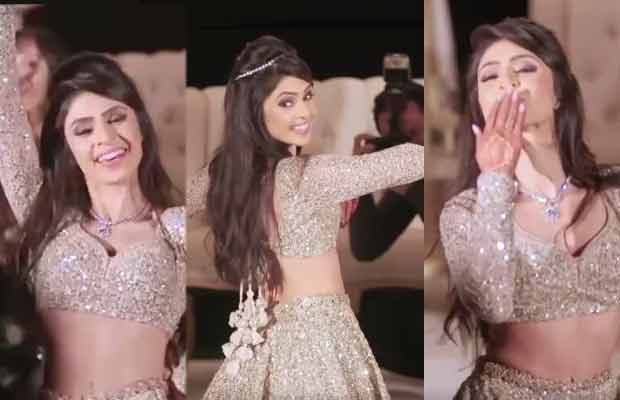 This video of an NRI bride dancing on popular romantic songs of Bollywood has gone viral on the internet.

Shy and calm brides are not a thing anymore. As now, we often get to see Indian brides shaking their legs in the sangeet function. It has become a kind of trend for the Indian brides to dance in their own wedding, especially in those heavy lehengas. There is video doing rounds on the internet in which one such bride is seen dancing on hit Bollywood romantic songs. But, surprisingly the Bride is an NRI!

The New York based NRI, Payal Kadakia Pujji’s wedding dance video is breaking the internet. In the video, the girl can be seen dancing for her love on Maine Pyar Kiya’s romantic song ‘Dil Deewana,’ which will definitely remind you of Salman Khan and Bhagyashree’s chemistry. The NRI bride also dances on Rab Ne Bana Di Jodi’s title track and we just can’t get over her charm!

The video was shared on May 7 by ‘Wedding Dance & Songs,’ a Facebook page and since then it has got more than a million views. People are in love with the bride, her outfit and her dance, of course.

Payal is an American based entrepreneur who has found a fitness startup known as ClassPass. She definitely looks like a fitness freak as one can notice her flawless figure while the girl is grooving in her wedding. Especially that golden lehenga makes her look like a pure Indian beauty and watching her dancing in that, is definitely divine!

Pretty Bride Dancing on her Reception. Man she is awesome <3 Wedding Dance & Songs