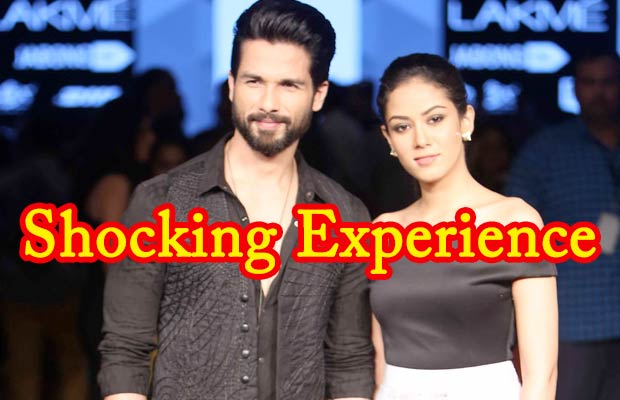 [tps_footer]Shahid Kapoor and Mira Rajput are definitely the most adorable couple in town. And now they are going to have their first child soon. It seems like Shahid is more than happy and excited to become a father and that excitement is clearly seen from his face. He pampers wife Mira a lot and is surely going to be a doting father and the hottest father in town. Baby Kapoor will be lucky to have a father like Shahid Kapoor.

We all know that Shahid and Mira‘s marriage was an arranged marriage, but what we don’t know is how they met. According to a leading daily, Shahid revealed some incidents that occurred, when he met Mira for the first time. Sasha said that he met Mira while he was in his Tommy Singh character. Yes, he was shooting for Udta Punjab. He actually visited Mira‘s house as a doped rockstar!

He said, ”Mira and I never dated. We just met three to four times and then decided to get married. So, I had a ponytail, drop-crotch track pants and weird shoes on. I recall getting out of the car in this avatar at Mira’s farmhouse in Delhi. Her dad came out to welcome his son-in-law to be. He saw how I was dressed and he surely thought -God what is my daughter getting married to. He barely looked at me, then whispered Come inside and went away. It was adventurous of Mira to agree to marry a guy who looked like Tommy.”

I also remember telling her, I am going to colour my hair, you should have seen her face. She is this 20-something girl coming out of LSR College and she was like What? And when I told her I am playing a character called Tommy , she said, that is not the name of a guy, it is the name of a dog.

Aww! this is so cute, surely their story is a unique fairytale and both of them look endearingly like King and Queen. We wonder how adorable will Baby Kapoor be.[/tps_footer]