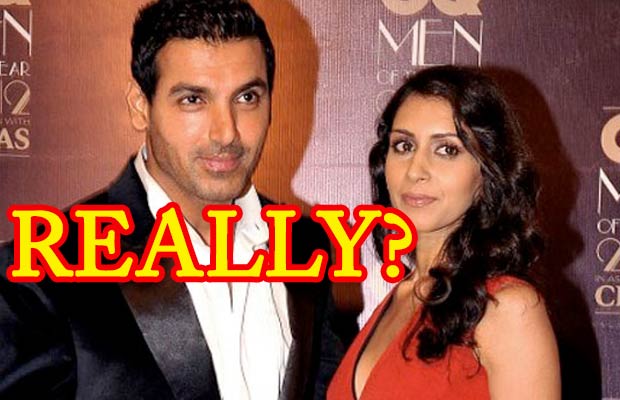 [tps_footer]Every relationship goes through a rough patch, some get sorted and many turn out to be a bad experience leaving the person unhappy and disturbed. Once a relationship turns bitter it’s tough to turn it sweet or happy like before and currently, our entertainment world is full of breakup news, divorces, legal battles, and so much more. This time, it’s the two-year-old marriage of our Rocky Handsome John Abraham that is making news and it’s making headlines for wrong reasons instead of setting a good example of togetherness for other couples. John maintains his personal life very well and he doesn’t like to be part of controversies but right from the start his marriage with U.S-Based Investment-Banker Priya Runchal has always been in the news for being an unhappy marriage and facing long distance issues.

A source close to Dishoom star John Abraham and Priya Runchal has revealed the issues related to his couple and it’s reported that Priya doesn’t want to leave her job in U.S and she doesn’t share a good rapport with John’s Bollywood friends. It’s also said that John can barely spend time with Priya as he is busy with his Bollywood movies and no wonder why distances between this cute couple are growing day by day. It’s never easy to maintain a long distance relationship and often couples grow apart and move on. We hope this won’t happen to John-Priya‘s marriage. But, honestly, how many times have we seen John and Priya together and like a happy couple with each other? Although John barely speaks about his wife Priya and their marriage, but it’s all in the open now.

John Abraham‘s ex-flame Bipasha Basu can’t get enough of her marriage, honeymoon, post-honeymoon vacations with her husband Karan Singh Grover and they are proving to be made for each other by showering so much of Monkey Love even in the online world and we see on the other hand, John Abraham still trying to keep his marriage with his wife Priya. We hope things will get sorted between John-Priya and they prove to be a power couple instead of an unhappy one.[/tps_footer]