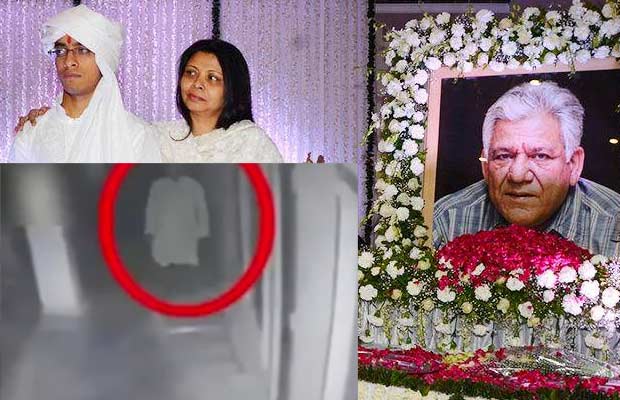 In a video, which dates back to January 14, Aamir Liaquat, an anchor with Pakistan’s Bol News, claimed that Puri’s ghost had been spotted in front of his Mumbai home seeking revenge against Ajit Doval, India’s National Security Adviser.

Speaking to Spotboye.com, Om Puri’s wife Nandita Puri has finally spoken up on the viral video. Nandita Puri, (Late) Om Puri’s wife, said, “I haven’t seen the video per say. My friends told me about it. When they mentioned my first reaction was, ‘Good for them’. It’s all rubbish.”

Nandita confirmed, “Aamir Liaquat is a joker in Pakistan, who does these things for cheap publicity. What my sources have told me, he was given this from somebody in India in January and that time, Indian channels refused to take it. They must have realised that if they carry such a news, the nation will kill them because it is a very sensitive topic.  These are the people who want to live on other people’s success. And what is trending now by Aamir Liaquat, is extremely disgraceful and in bad taste.”

“Om Puri had achieved heights and no one can match his toe nails also,” she added.

“What Mr. Liaquat does makes no sense. Whole of Pakistan considers him as a joker. Nobody takes him serious. He’s a jerk,” Nandita concluded.

The video is just perfect to ignore or just for a good laugh, at least!