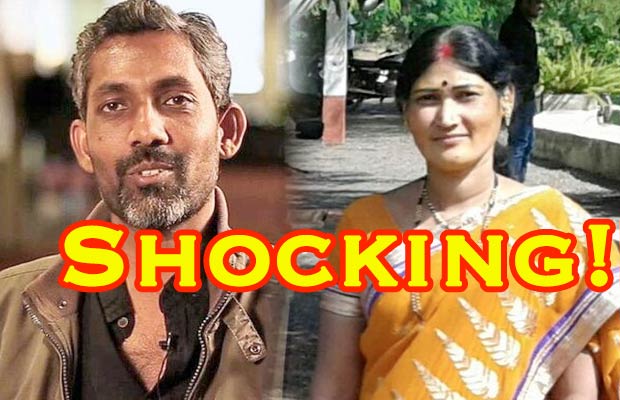 [tps_footer]National Award-winning director Nagraj Manjule’s second Marathi film, Sairat (Wild) has definitely garnered the attention it deserved! But the unfortunate part is that the celebrated director is nothing like the far-fetched claims and statements he made about how he wants to change the society’s outlook towards women, especially from the Dalit strata of the society as he had mentioned in the interviews post the film’s mammoth success.

This news had stirred a buzz in the town. Sunita Manjule, Nagraj’s ex-wife, has come to the forefront to share the horrific ordeal she underwent after her marriage to Nagraj in 1997.

She was mistreated by the filmmaker and his family, and was treated as a housemaid. Later, when the filmmaker won the first National Award, everyone from his family went for the function but she was locked up at home in Jeur, Solapur. Sunita was also abused and beaten up by Nagraj when she refused to abort the kid for the third time. He had forcefully made her undergo abortions twice before. That is monstrous!

Today, she lives with her parents and siblings and earns money by doing household work. Their divorce was filed in 2012 but the case went on for two years. Eventually, Sunita and Nagraj went for an out-of-court settlement, as her parents couldn’t afford the fees of the lawyer. Sunita got just a mere sum of Rs 7 lakh from Nagraj of which Rs 1 lakh was the lawyer’s fee. However, a bigger shock lay in store for her at the end of it all:  Sunita was not aware of the clauses in the settlement deal; she only later learnt that she would have neither any right over Nagraj‘s property nor get any alimony.