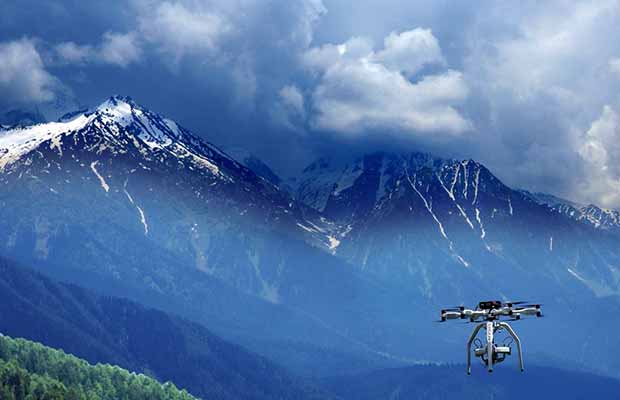 Neeraj Pandey’s next venture Aiyaary, has been creating the right noise as it has already completed its first leg of shoot.

The director is all the more excited about the film and has been sharing insights from the sets via his social media.

The ace filmmaker had earlier posted a picture of uniform-clad Sidharth Malhotra and Manoj Bajpayee. He also had shared the meaning of Aiyaary i.e. the ultimate trickery via a Twitter post. The director yet again gave a scoop from the film.

Neeraj Pandey took to Twitter to post an image of a drone picturing the scenic beauties of nature. He shared, “The drone that shoots movies!
#Aiyaary #Kashmir”

The Twitter post gives us an insight of the picturesque location where the film has been shot.

Aiyaary is based on real life incident that revolves around two strong-minded army officers having completely different views, yet right in their own ways. Manoj Bajpayee is the mentor while Sidharth Malhotra plays his protégé in the film.

The motion poster of the film had already got the audience talking and with such posts, the curiosity of the audience is ever increasing.

The filmmaker would don the director’s hat after M S Dhoni for Aiyaary.

Neeraj Pandey has won the hearts of the audience with appealing yet realistic remarkable bodies of work like A Wednesday, M S Dhoni, Special 26 etc. The audience is keen on witnessing yet another mind-bending film by the filmmaker.