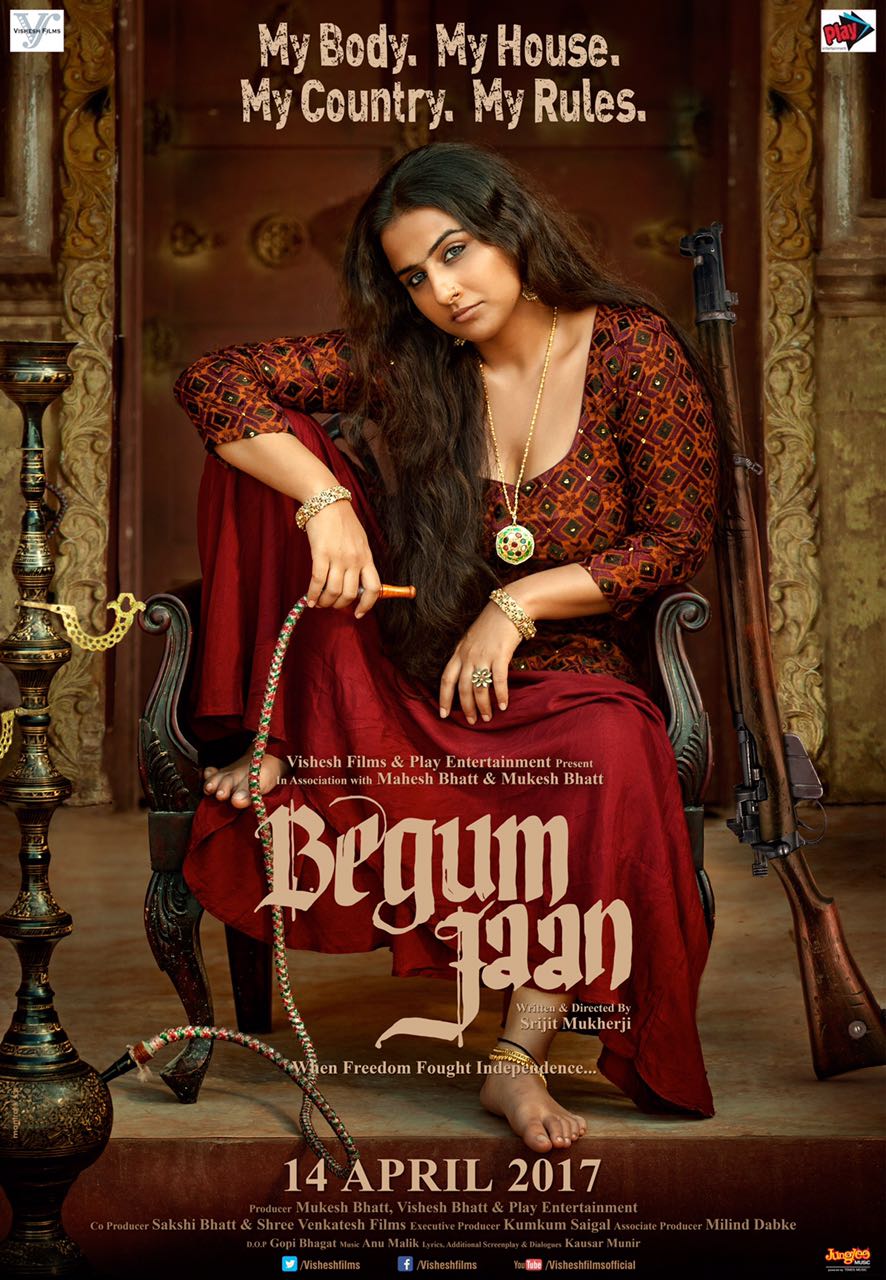 My Body, My House, My Country, My Rules says Begum Jaan

Known for sinking deep into the skin of the characters that she plays on screen, Vidya Balan is back with yet another intriguing tale, Begum Jaan.

We bring you the fearlessly brazen look of the actress from her much-awaited film Begum Jaan and she looks fierce as the madam of the brothel. The film is a story of survivors who defy nations to save their homes, riding against the tide amidst the changing political scenario during Partition. ‘When Freedom fought Independence’ is the tagline of the film directed by national award-winning director Srijit Mukherji and with Vidya’s menacing look she surely reinstates that it is her Body, her House, her Country and her Rules which she will fight for. The high-voltage drama is a spectacular display of the indomitable human spirit.

“The soul-stirring premise of ‘Rajkahini’ made me choose the film for its Hindi adaptation as Begum Jaan and this is one of the finest performances of Vidya” Says Mahesh Bhatt,

The film has music given by National Award-winning music composer Anu Malik.