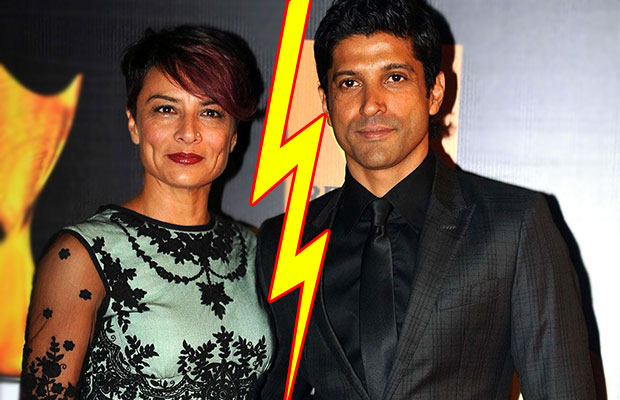 Last year, Bollywood actor Farhan Akhtar’s decision to get divorced with his wife Adhuna came as shocking news to the media as well as to all his fans. The duo ended their 16 years of marriage and now, after 6 months of separation, they are officially divorced. The two mutually decided to part their ways but nobody knows the real reason behind their separation.

As per a report on Spotboye.com, Farhan and Adhuna were the most dignified couple when they sat for the divorce proceedings. The two were calm enough and did not pull out even a single word against each other while sitting at the negotiation table. The report also suggests that even their lawyers don’t know the real reason behind their separation. Though the two might have taken this drastic step for some reason, but they have reasoned their separation saying, “it’s over, we are incompatible.”  This shows the respect the two have for each other even now and have maintained their class by not sharing their issues with the world.

Reportedly, the jointly owned bungalow goes to Adhuna and Farhan has also given her a one-time alimony and invest in the security of his daughters’ future. The custody of the children will remain with Adhuna, but Farhan can meet them.

Farhan and Adhuna announced their divorce last year in March with a statement, which stressed that although they would get separated, their biggest priority will be their two daughters.

“This is to announce that we, Adhuna and Farhan, have mutually and amicably decided to separate. Our children remain our priority and it is immensely important for us, as responsible parents, that they be protected from unwarranted speculation and public glare. We sincerely request that we are given the privacy that is required at this time to move forward in a dignified manner,” reads the statement