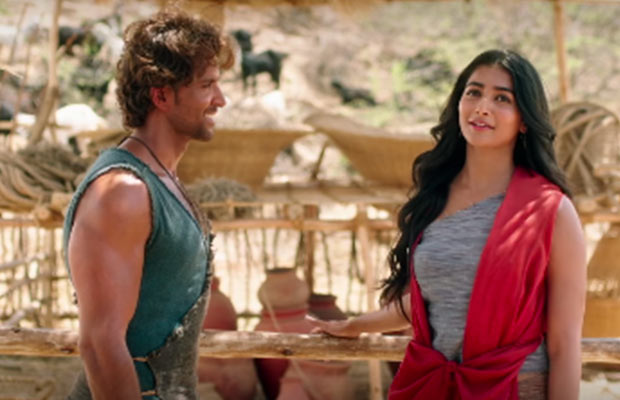 [tps_footer]The new promo of Mohenjo Daro is out and it unveils the romance between Hrithik Roshan and Pooja Hegde.

The newly unveiled promo features Pooja having a dialogue with Hrithik.

Glimpses of the innocent chemistry between Sarman and Chaani is seen in this new promo from the film.

Hrithik and Pooja are also seen locking lips towards the end of this glimpse from the film.

The mellifluous background score of chords given by A.R Rahman has made the new promo more romantic and exciting.
The film’s rushes prove that Mohenjo Daro is set to be a complete entertainer with action and romance in abundance in addition to Hrithik Roshan and his exhilarating dancing combined with the freshness brought to celluloid by Pooja Hedge, all under Ashutosh Gowariker’s direction.

Ashutosh Gowariker’s Mohenjo Daro is an action-romance set in the Pre historic Era of Mohenjo Daro, a subject which intrigues many children and teenagers in a perfect blend of a story which is to leave the adults and the children, touched with romance and thrilled with action.

Mohenjo Daro is touted to be the one of the most anticipated movies of 2016 as we can see the Rahman, Ashutosh and Hrithik triumvirate after Jodhaa Akbar.

Here is the Video:
[/tps_footer]