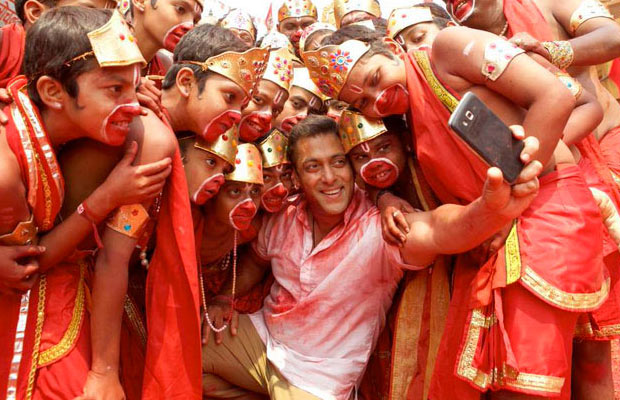 [tps_footer]Bollywood actor Salman Khan’s film Bajrangi Bhaijaan is touted to be his best film so far. The actor impressed everyone with his amazing acting and role. Not only adults, even little kids turned to be Salman’s huge fans after the film. Reportedly, Salman who played Hanuman bhakth in Bajrangi Bhaijaan will be lending his voice for an animated feature film Hanuman Da Damdaar.

We all know Salman is very much fond of kids and is very much excited to be the voice of Bajrangbali in a children’s film. Reportedly, the Being Human star gave the nod as soon as he was approached because he was very much impressed with the title. Reports also suggest that, while dubbing the lines, in between the shots, Salman used to croon Main Hoon Hanuman Tera, Well; we say that’s what makes him different from other actors of B-town. Totally rocking and energetic always!

Directed by Ruchi Narain, this will be the second animated film on Bajrangbali after Anurag Kashyap’s Return of Hanuman. The animated film will be total fiction and based on mythology. It is slated to release by the end of this year.[/tps_footer]