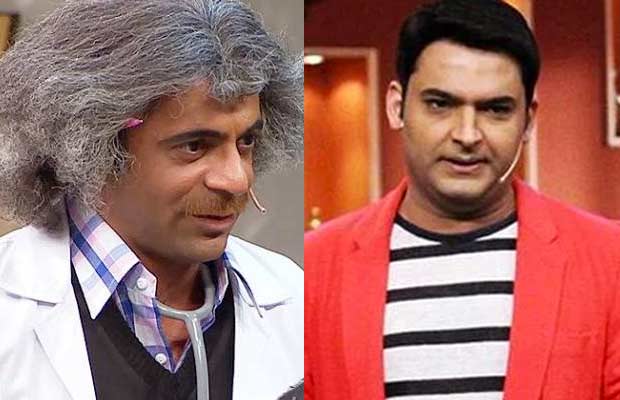 The Kapil Sharma Show can survive as Sunil Grover will shoot again for the show.

The comedy king, Kapil Sharma had to shoot a couple of episodes with only a half of his team, as the other half has called quits for the show. There has been reports going around for several days now that inspite of Kapil trying hard to get his original team back on the sets, the displeased co-stars are not ready to come back.

Apparently, along with Sunil, Ali Asgar and Chandan Prabhakar have also left the show as the two of them were nowhere to be seen in the recently shot episodes.

But now a new report is swirling around that all three of them are going to get back on the sets of TKSS. Sources reveal that they have not left the show but they will have to see as to when they are joining back.

The source from The Kapil Sharma Show was heard saying, “Sunil Grover and others are still part of the show, we’ll have to see when they are joining. Shooting for next episode on.”

Sunil has already talked about his upcoming LIVE show in New Delhi. Even his friend has talked about him not wanting to return and hence quitting the show. But the new reports have turned the tables around.

Now, this seems to be a sigh of relief for Kapil who was having a hard time managing the show on his own. But we still wonder if Sunil is really going to join them back after all that has been happened to him!

Also Watch: Sunil Grover’s Friend OPENS UP Like Never Before On Fight With Kapil Sharma!