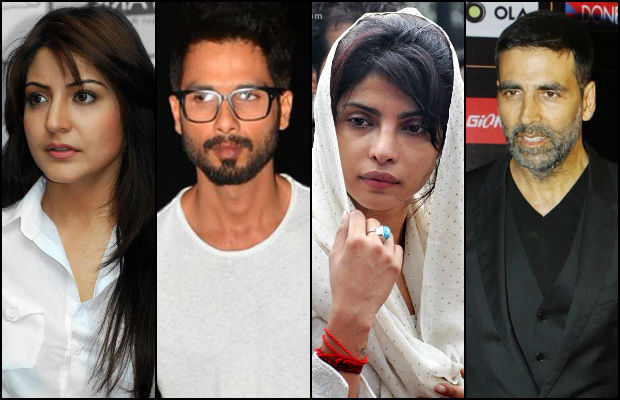 [tps_footer]Since last year Paris is grieving with the terrorist attacks. The southern French city of Nice has now encountered a serious attack. The incident of the attack took place on Thursday when a large truck rammed into the crowd killing at least 80 people. The crowd there was gathered to watch the Bastille Day fireworks and the horrifying incident took place as the fireworks were ending. Many other people are seriously injured in the attack.

French President Francois Hollande has extended the emergency period which was to end on July 26. The President has strongly called that the Nice attack was a terrorist attack. It is still not known who is behind this.

Akshay Kumar said, “Sad 2 wake up 2 the news of the #NiceAttack! Heartbreaking!Was there last yr,beautiful place & people. Prayers 4 the families of the victims.” 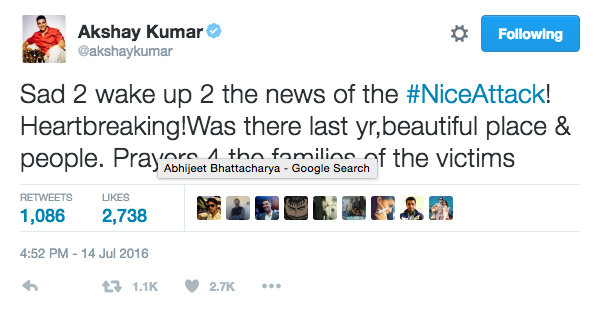 Priyanka Chopra tweeted, “The world is turning so cruel…How do human beings do this to each other.My heart bleeds for the victims of the Nice attack #PeaceForNice.” 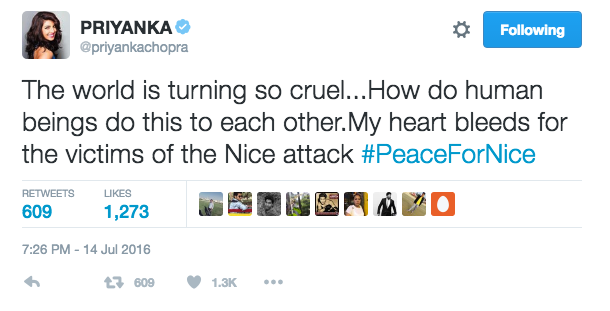 Riteish Deshmukh stated, “When will this madness end. #NiceAttack #Prayers.”

Bipasha Basu stated, “Heart goes out to all the victims of yet another shocking and brutal act of terrorism#NiceAttack.” 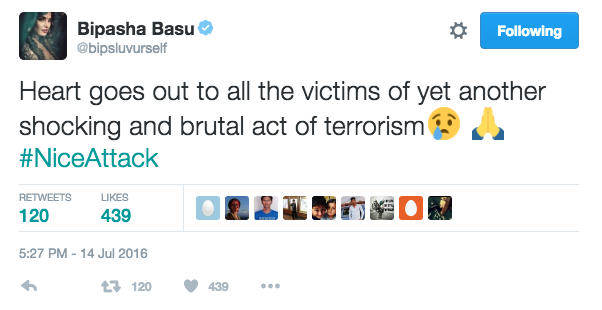 Anushka Sharma posted, “Heartbreaking!! How many more times will we witness horrific attacks against humanity?cannot express the anger #NiceAttack .

Preity Zinta said, “Omg ! Praying for everyone involved in the #NiceAttack.” 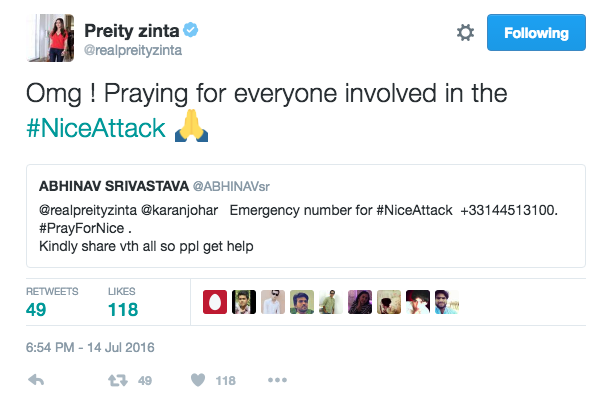 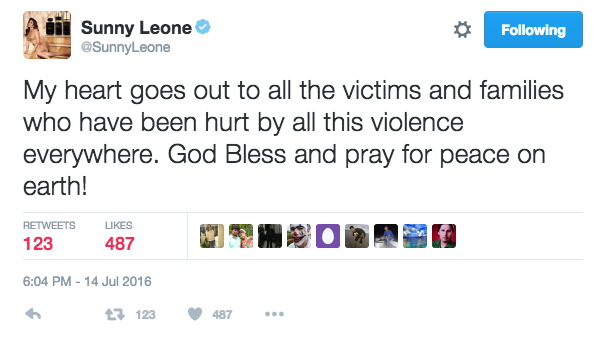 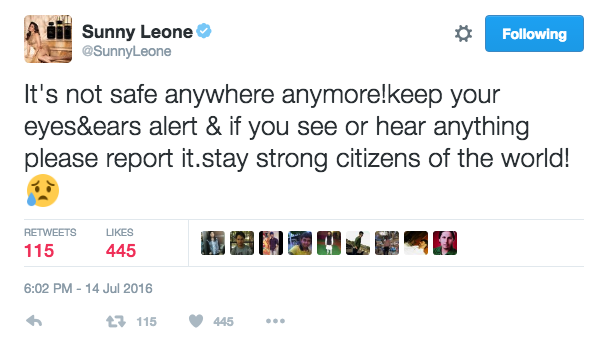 Karan Johar tweeted, “This is just deeply tragic….#NiceAttack …prayers and prayers for the loved ones of so many innocent lives” 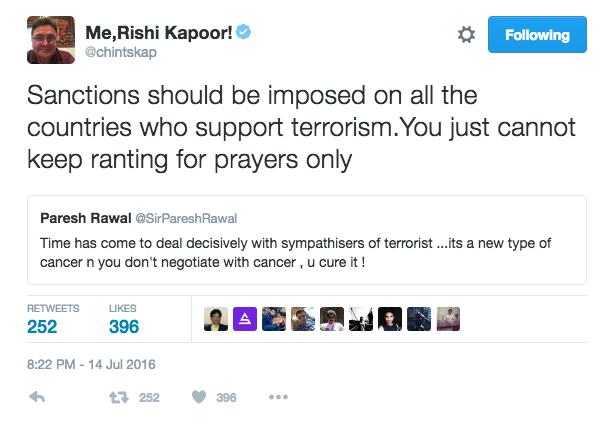 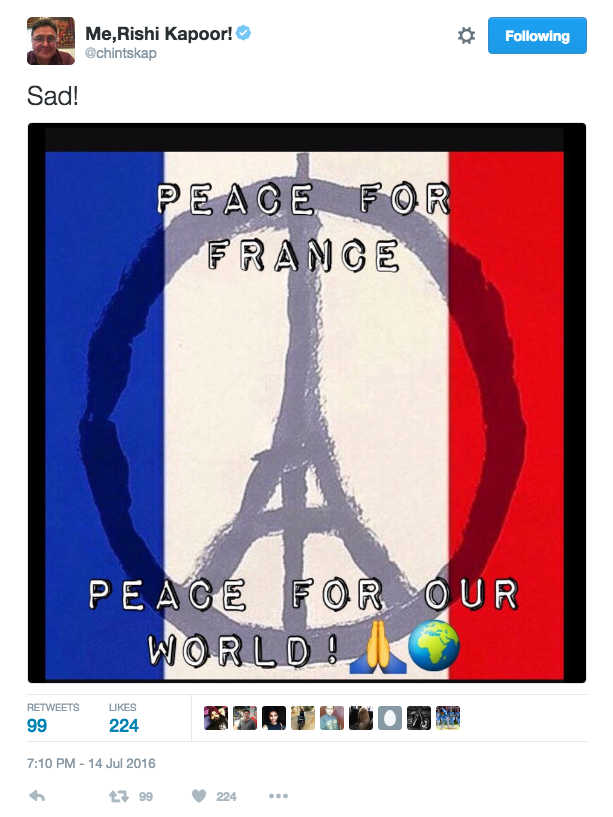 Boman Irani said, “Was at this very #Nice promenade, on the phone with a friend who was hurt in Istanbul airport attack, 2 weeks ago. Now this? #PrayForNice.” 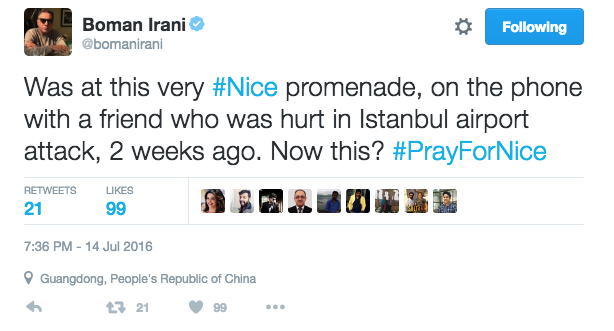 Richa Chadha mentioned, “I AM IN PAIN #NiceAttacks #StopTheHate #stoptheviolence.”

Dia Mirza expressed, “Weapons are destructive. They can not accord peace. The world is living proof of that.

Raveena Tandon tweeted, “And 80 souls in heaven in France and 1 in hell..many moons ago I had said RIP Europe and many didn’t understand ..frequency of attacks in E.” 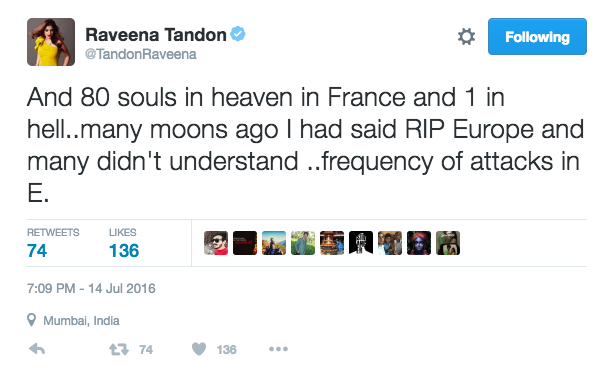 Filmmaker Madhur Bhandarkar tweeted, “Sad to know about the #NiceAttack. My prayers & heartfelt condolences to the victims & families of the terrible tragedy. #PrayForNice #RIP.” 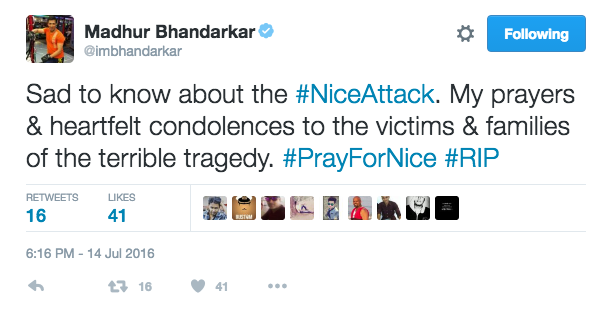 Neha Dhupia said, “The news about the #NiceAttack is heartbreaking,how many more innocent lives will this world have to go thru before it all ends. #JeSuisNice.” 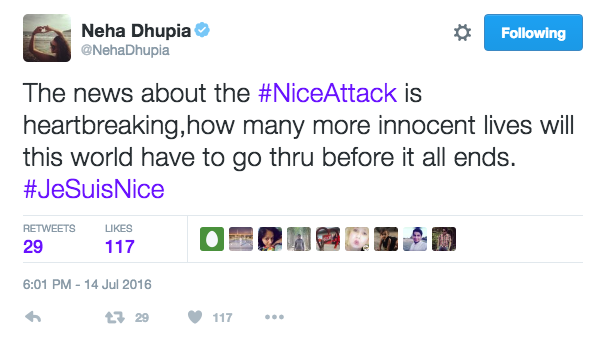 Shekhar Ravjiani expressed, “There’s nothing left to say about the #NiceAttack Just wanna say we don’t have much time. Live in peace and harmony.” 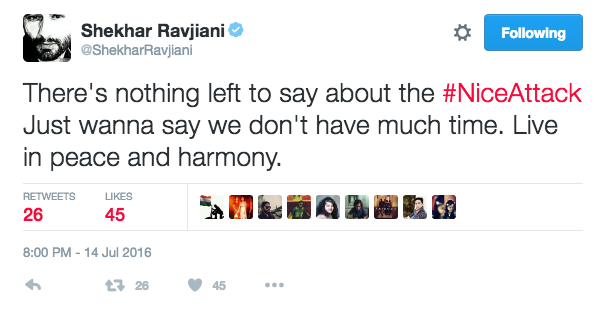 Upen Patel expressed, “Horrible..Shocking… What happened in France … My prays to all the families #NiceAttack.” 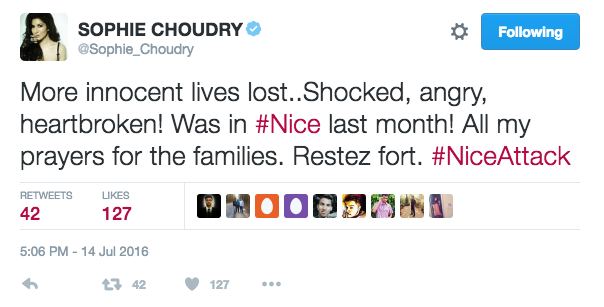